Karen Conard was appointed Acting City Manager of Portsmouth as of December 16, 2019, assuming the role of City Manager at the beginning of January, 2020. She arrived in Portsmouth from having served as Executive Director of the Merrimack Valley Planning Commission, located in Haverhill, MA.  Ms. Conard was educated at Duke University where she earned a B.A. in Political Science and French.

Click here for Daily Advisories during the COVID-19 emergency.

For an informal introduction, Get to Know the City Manager here.

Portsmouth has functioned as a City Council/City Manager form of government since 1947.

The City Manager carries out policy decisions of the City Council, and oversees all property, real and personal, owned by the City.

The Manager keeps the Council informed of the City’s needs and ongoing conditions, and make reports as may be required by law, or requested by the Council, or judged necessary by the Manager.

The City Manager takes part in all discussions which come before the City Council, but acts in a nonvoting advisory capacity.

As Chief Executive for the City, the City Manager is the responsible supervisor for all department heads, and acts to appoint, suspend, remove, or discipline all municipal employees in the administrative service of the City; that is, all but those employees supervised by Fire, Police, or School board or commission.

On an annual basis, the City Manager provides to the City Council an Operating Budget, a Budget Statement, and a long-range Capital Plan. These documents outline the immediate and longer range financial and project plans for the City.

The City Manager is assisted by a Deputy City Manager, Nancy Colbert Puff, who has served the City since 2016.  For more about Nancy, please read here. 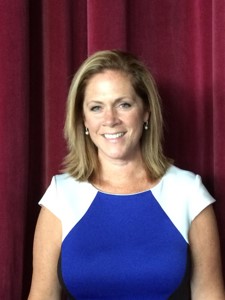 The City Manager can be reached during normal business hours at the City Hall.