Prescott Park was created and has been maintained by the terms of the last will and testament of Josie F. Prescott, a life long resident of the City of Portsmouth. It was her wish that a public park, free and accessible to all, be established along the Portsmouth waterfront replacing what had become a run down industrial area of Portsmouth.

The gardens at Prescott Park were created when the Prescott Sisters purchased the waterfront acreage in the 1930s and willed it to the City in 1954 for public enjoyment. In 1975, at the suggestion of then-Park Supervisor Michael Warhurst, the Trustees of the park agreed to invite UNH to move its All-American Selections Program trial gardens from Madbury to Prescott Park, and created 40 formal garden beds on the South Lawn of Prescott Park. Those trial gardens, planted with “a living catalog of flowers,” were designed to study which varieties of specific ornamental plants performed best in the seacoast environment. The formal association with the All-American Selections Program ended about ten years ago, but the City continued to purchase All-American Selections seeds and had the plants grown-out in the greenhouses of UNH.  The formal gardens continue to be planted and maintained by Parks & Greenery with help from seasonal staff.

The gardens of Prescott Park serve the purpose of being both beautiful and educational. City gardeners identify the plants and flowers so visitors who might want to choose something similar for their own gardens know what they are.

Publicly available docking space is available at Prescott Park on the Piscataqua River in Portsmouth.

The dockmasters monitor VHF Channel 09, and notice of arrivals is requested. 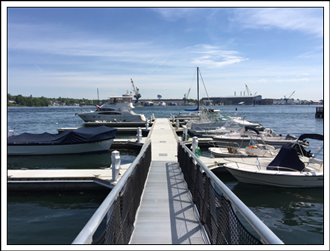 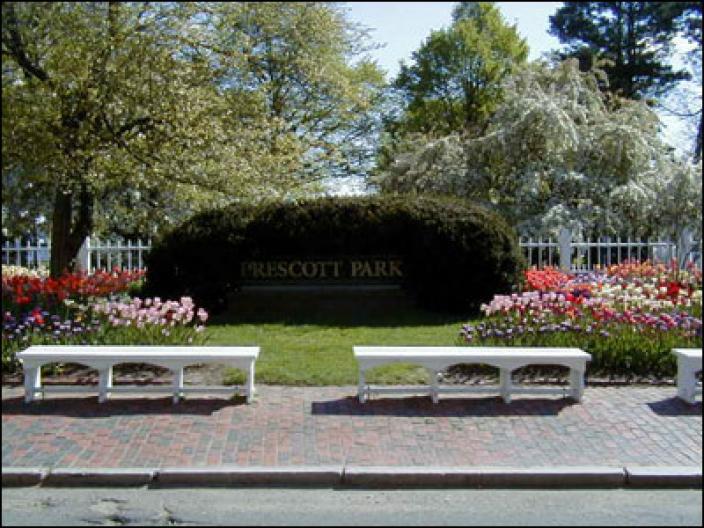 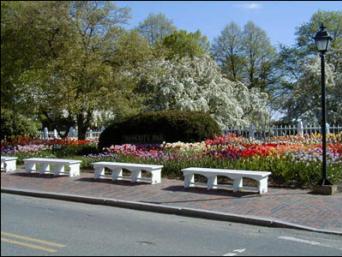 Tulips In Bloom In Early Spring 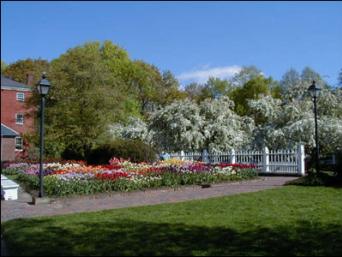 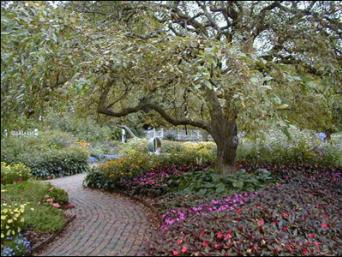 Walkway In The Formal Garden 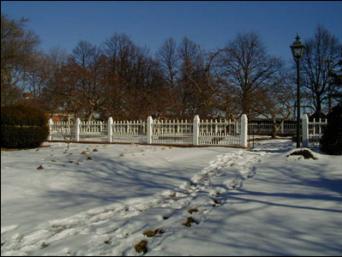 The Formal Garden In Winter