Attend in person OR online...

What To Read Next?

Book lists on every topic, curated by library staff! 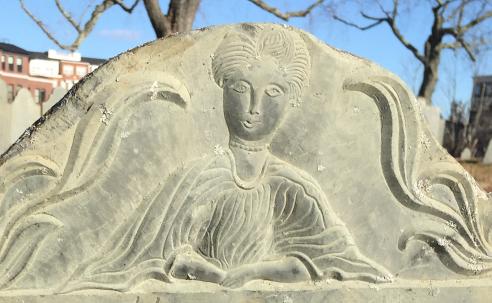 Historian and author Glenn A. Knoblock shares the stories of women throughout NH histor... 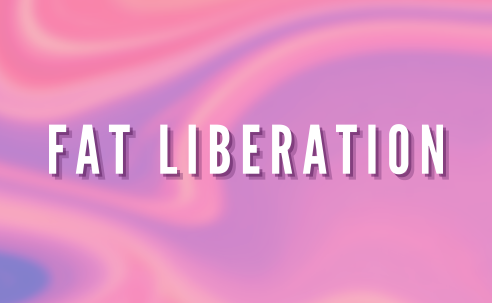 Learn how to spot anti-fatness and diet culture in the world and how to support the fat... 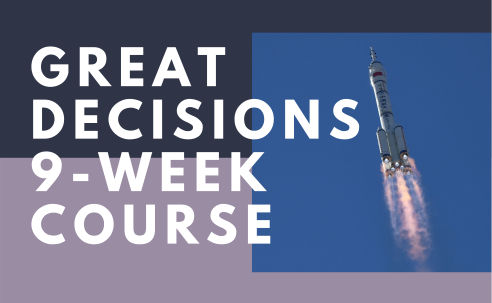 What is our country’s role in the world? This popular discussion course is back for the... 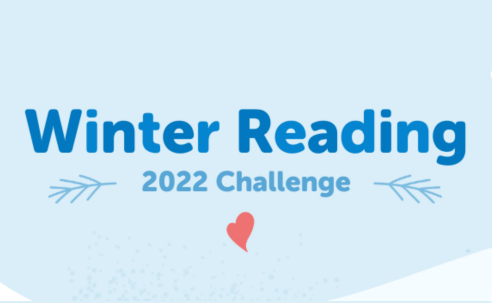 Check Out Past Library Events on our YouTube page! 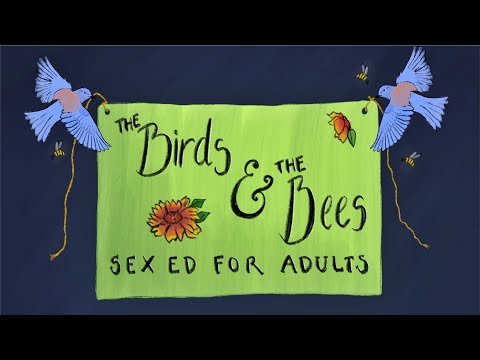 The Birds and the Bees: Parenting and Sex

Jen Del Deo, of South Church, explores navigating sex ed with children and youth of any ages, and provides resources for being a supportive, approachable caregiver. This program was part of our ongoing series, The Birds and The Bees: Sex Ed for Adults. For Jen's list of follow-up resources, visit https://docs.google.com/document/d/1XfRmwfXbnhA35RK-is4VLDFM4cUJKiVb3Vy-_LJ1dpQ/edit For a booklist with resources for Parents, Children and Teens, visit https://portsmouth.bywatersolutions.com/cgi-bin/koha/opac-shelves.pl?op=view&shelfnumber=1522&sortfield=title Want to learn about more upcoming events at the library? Sign up for our monthly newsletter here: https://www.cityofportsmouth.com/library/newsletter 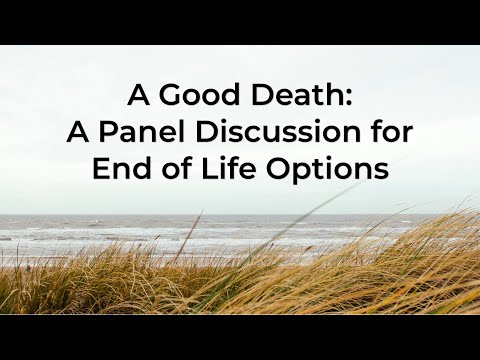 This event was held on October 13, 2021 and featured Rebecca Brown, founding director of the New Hampshire Alliance for End of Life Options (NHAELO); Sandy Lafleur, member of Threshold Care, end of life doula, and musician; Mary Elizabeth McCue, former hospital chaplain and certified spiritual director now working as an End of Life and Grief Coach; and Michele Lovell, Palliative Care Nurse Practitioner at Wentworth Douglass Hospital and Clinical Assistant Professor at UNH where she teaches Death and Dying and Palliative Care. This panel was facilitated by Kate Swenson Tuttle, palliative care and hospice nurse at Brookhaven Hospice. The event was sponsored by Hospice Help Foundation and Brookhaven Hospice in conjunction with the library. Want to learn about more upcoming events at the library? Sign up for our monthly newsletter here: https://www.cityofportsmouth.com/library/newsletter 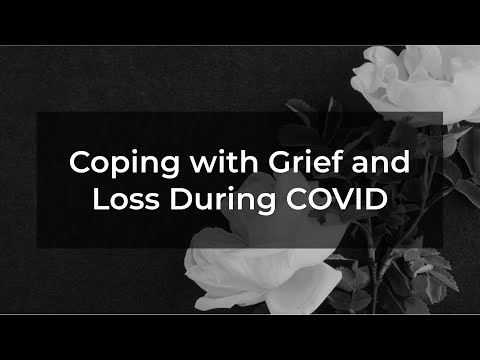 This panel was held on September 22, 2021 and panelists included Pat Coughlin, a hospice social worker and Death Doula; Jeff Pelkey, funeral home director and public safety chaplain; and Carol Schoneberg, hospice educator and grief counselor. They reflect on their experiences, and share insights about what new ways to connect during loss may remain with us going forward. Here are some additional resources on this topic: What’s Your Grief? https://whatsyourgrief.com/ Website organized to serve grieving individuals, people who support grieving individuals, and grief professionals. Center for Loss and Life Transition https://www.centerforloss.com/ Website/organization led by grief educator and counselor Dr. Alan Wolfeldt, providing resources for those who grieve and those who support them. Grief.com https://grief.com/ Website of grief and loss expert David Kessler. Modern Loss https://modernloss.com/ Personal essays, resources, creative ideas for exploring loss, without judgment or platitudes. Hospice Foundation of America: Grief Support https://hospicefoundation.org/End-of-Life-Support-and-Resources/Grief-Support Dougy Center for Grieving Children and Families in Portland, Oregon: https://www.dougy.org/ Features a great resource page where folks can type in the type of death and specify the individual in need of assistance. Want to learn about more upcoming events at the library? Sign up for our monthly newsletter here: https://www.cityofportsmouth.com/library/newsletter 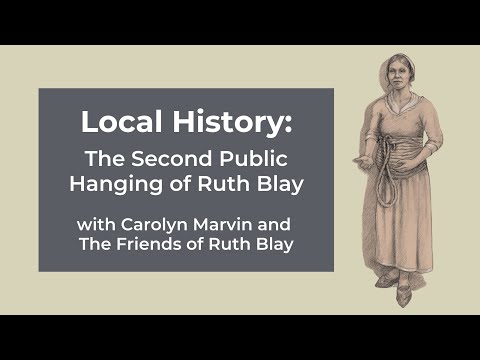 The Second Public Hanging of Ruth Blay with Carolyn Marvin and The Friends of Ruth Blay: Laura Brown, Nancy Pearson, and Terrence Parker On December 30, 1768, Ruth Blay was hanged in Portsmouth's South Street Cemetery, having been convicted of the crime of concealing the birth of her illegitimate child. She was a victim of her gender, of her class, and of the laws of her time. More than 250 years later, women still experience gender injustice, wage discrimination, sexual assault, and domestic violence. Ruth's story resonates with many in Portsmouth; first and foremost is Carolyn Marvin, author of Hanging Ruth Blay: An Eighteenth-Century New Hampshire Tragedy. The penultimate scholar on Ruth Blay, Ms. Marvin is the keeper of Ruth's story in Portsmouth. Also inspired was a group of local volunteers working on the Portsmouth400 project. A few years ago, they started planning a memorial to Ruth and a day of programming. When Portsmouth400 planning halted, they stayed the course. Friends of Ruth Blay was founded in March 2021, and the mural of Ruth was unveiled on July 26th of this year. Listen in as Ms. Carolyn Marvin, Laura Brown, President of FORB, Terrence Parker, Vice President of FORB, and Nancy Pearson, Secretary of FORB, offer Ruth Blay's story and how the mural of her on State Street came to be. Carolyn Marvin’s interest in the story of Ruth Blay began while she was working as a research librarian at the Portsmouth Athenaeum, a job from which she is semi-retired. This interest led Carolyn to pen the book Hanging Ruth Blay: An Eighteenth-Century New Hampshire Tragedy. She has also worked in both public and school libraries and has been a resident of Portsmouth since 1976. Carolyn earned a degree in American Studies from George Washington University. Friends of Ruth Blay, Inc. is a New Hampshire nonprofit corporation dedicated to raising awareness of and action around equity and justice issues in the Portsmouth community. Ruth Blay, the last woman executed in the state of New Hampshire, was hanged in 1768 for concealing the stillborn birth of her illegitimate child. With the "History Through Art" initiative, Friends of Ruth Blay supports pubic art installations of marginalized historic Portsmouth figures. Friends of Ruth Blay, Inc. has applied for 501(c)(3) status and can be found at friendsofruthblay.org. Give us feedback and enter to win a library book bag! This helps us make decisions about library programming and advertising. Fill out a brief Event Feedback Form here: https://forms.gle/uLaj2MrLtenEZmvH7 Want to learn about more upcoming events at the library? Sign up for our monthly newsletter here: https://www.cityofportsmouth.com/library/newsletter 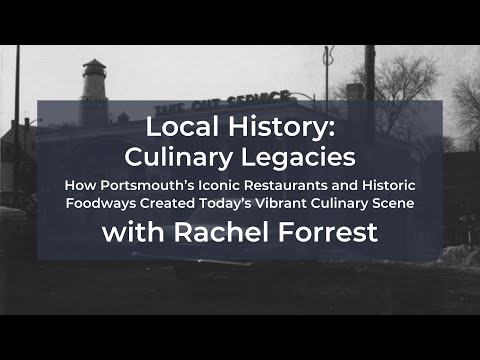 We love to talk about “the old days” in Portsmouth and for many, those conversations turn to the city’s iconic restaurants. We fondly recall the heyday of The Rosa, tales of Jarvis’ Tea Room, or that dinner at the Blue Strawbery and while many of the community’s beloved restaurants are gone, they live on in the hands of today’s talented chefs and restaurateurs. “Culinary Legacies” takes us back to those iconic restaurants, but also to the New England and Seacoast food traditions that created Portsmouth’s restaurant scene. We’ll look at how the past has influenced today’s chefs and how they honor and preserve the region’s culinary and hospitality traditions in a decidedly modern way. About the presenter: Rachel Forrest is a former restaurant owner who started her career as a food journalist in the Seacoast area in 2002. A former restaurant critic for The Portsmouth Herald, she continues to cover food and restaurant news for Seacoast Media Group and is a freelance food writer for magazines and cookbooks. ​ Give us feedback and enter to win a library book bag! This helps us make decisions about library programming and advertising. Fill out a brief Event Feedback Form here: https://forms.gle/uLaj2MrLtenEZmvH7 Want to learn about more upcoming events at the library? Sign up for our monthly newsletter here: https://www.cityofportsmouth.com/library/newsletter