In preparation for the refinancing of callable bonds, Standard & Poor’s (S&P), the national rating agency, completed another municipal bond credit rating review last week. As a result of that review, Standard & Poor’s issued the tenth consecutive affirmation of the City’s AAA rating.

In their summary, S&P noted, “The 'AAA' rating on the city's General Obligation (GO) bonds is underpinned by the city's strong management team that uses long-term financial planning to mitigate risks from one-time economic shocks such as those that occurred at the onset of the pandemic. We rate the city higher than the nation because we believe Portsmouth can maintain better credit characteristics than the nation in a stress scenario based on its predominantly locally derived revenue base,” they continued. “We consider Portsmouth's economy very strong.”

This week, the City received competitive bids from 12 bond underwriters on a $10.7 million 10-year general obligation refunding bond issue. In announcing the result of the bidding, City Director of Finance and Administration Judie Belanger commented, “The proceeds from the winning bid are being used to refinance a portion of the City’s December 14, 2011 bond issue. Thanks to the AAA rating and competitive bidding process, the refinancing will save the City $1,790,988 over the remaining life of the bonds.”

The recent refinancing demonstrates one of the benefits of the current AAA rating. When the original bond was issued in 2011, the City had a AA+ rating. The AAA rating attracted a larger market for competitive bidding. Such long-term financial planning, in turn, is the foundation of S&P’s rating. In the new report reaffirming the AAA rating S&P specifically cited the City’s “very strong management, with strong financial policies and practices.”

As Ms. Belanger explained, “The City has the opportunity to refinance our 20-year bonds at the 10-year mark. Only 20-year bonds are eligible or ‘callable’ and the Finance Department monitors bond issues carefully and brings forward those bonds that are eligible for refinancing. Since 2012, the City has refinanced five bonds (including this one) valued at $51.8 million. As a result, the City has saved taxpayers $6.9 million in interest payments that otherwise would have had to be included in annual budgets. In the world of municipal bonds, the rule of thumb is that the refinancing should realize savings of at least 4 percent of the bonds refinanced. These five refinanced bonds have resulted in savings of more than 13 percent.”

“Our AAA rating has had the immediate impact of saving taxpayers nearly $2 million in this bond refinancing, and can provide reassurance to local residents and businesses as we continue successfully to navigate our way through challenging times,” said City Manager Karen Conard. “In reaffirming the City’s AAA rating Standard & Poor’s has provided a barometer of the strength of our fiscal health and stability at a critical pandemic-induced moment in the local, regional and national economy.” 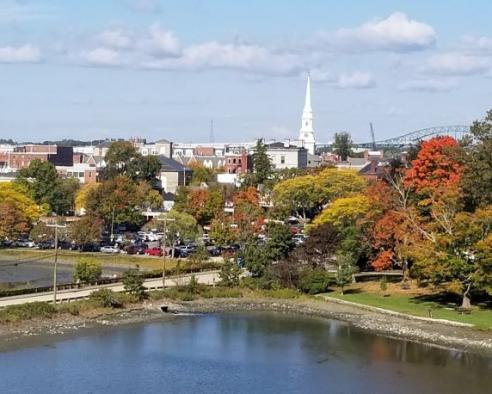