The Fiscal Year 2023 Proposed Budget for all appropriated City funds was distributed to the Mayor and City Council on May 2, 2022. Go to the budget document and accompanying interactive user guide on the City website.

The release of the FY23 Proposed Budget to the City Council marks the start of the annual budget season schedule of presentations to the City Council and the public, which include Work Sessions for the Fire, Police, School, General Government, Parking & Transportation and Water and Sewer Divisions, scheduled during the month of May. New this year is an evening of Community Engagement Dialogues taking place on Thursday, May 19 at three locations dispersed among the city’s neighborhoods: 5:30-6:30 pm at Portsmouth Middle School (155 Parrott Avenue); and 7-8 pm at Senior Activity Center (125 Cottage Street) and Fire Station 2 (3014 Lafayette Road). Members of the City Council and City management will be on hand to discuss the budget and respond to feedback from residents in an informal manner, designed to maximize input and share information.

“The FY23 Proposed Budget as presented to the City Council reflects the recommendations of City Department Heads and other professional staff to continue to deliver the services our citizens expect while taking into key factors, beginning with a re-examination of the Citywide goals set by the City Council to ensure this budget meets the priorities citizens demand,” said City Manager Karen Conard. “This budget seeks to conservatively restore expenditure delays demanded by operating within a responsible and fiscally conservative budget during the pandemic and also reflects the current inflationary pressures – up from 1.68% in February 2021 to 8.5% in March 2022.”

The overall FY23 Proposed Budget is $133,208,876, a net increase of $6,783,843 or 5.37%, which is notably below the rate of inflation. Recognizing the City’s current financial situation and advancing cautiously when it comes to evaluating expenditures, the Proposed Budget as presented will result in an estimated tax rate of $15.71, an increase of 68¢ or 4.51% over FY22. The estimated tax rate would result in an annual increase of $324, or $27 per month, for the median single family residential home valued at $478,050. The final tax rate is set by the New Hampshire Department of Revenue Administration (DRA) in the Fall, once all state revenues, property valuation, and county tax obligation are finalized. The City typically announces the final tax rate for the Fiscal Year in November and issues tax bills for the first half of the Fiscal Year in December.

Two significant grants offset expenses as proposed. First, the City will receive $3,121,000 as a one-time state Adequate Education Grant. The NH State Budget includes a one-year, $100 million reduction in the Statewide Education Property Tax (SWEPT). As a result, the State Budget appropriated $15.3 million to hold harmless those communities (including Portsmouth) that have traditionally incurred excess SWEPT. Second, the City Manager is proposing to allocate $1.037 million in ARPA funds for eight capital items, which would allow the City to acquire the necessary vehicles and equipment without negatively impacting our taxpayers.

Water and Sewer Enterprise Funds -- The City continues to utilize a rate stabilization model, first implemented in Fiscal Year 2014, for addressing long-term financial planning and major capital needs. The FY23 Budget seeks a 3% increase in Water and a 6% increase in Sewer user rates to continue to manage the funds with the intent of rate stabilization.

“It is my privilege to lead a City that has achieved stellar ratings in the financial realm and the enduring support of our residents and businesses as we strive to achieve and implement creative efficient solutions that keep us all moving forward. I thank the Finance team and all of the Department Heads who worked tirelessly in preparing this budget, setting new goals and metrics, while continuing to serve the community in a professional and respectful manner. It is now incumbent on us to make the case for the needs outlined in this budget to the City Council and to educate residents about what it takes to deliver the municipal services they expect. We have competing priorities for limited dollars and must follow the direction of the City Council as to how those dollars are spent. We look forward with working with the City Council and the public throughout the Fiscal Year 2023 Budget process,” Conard said. 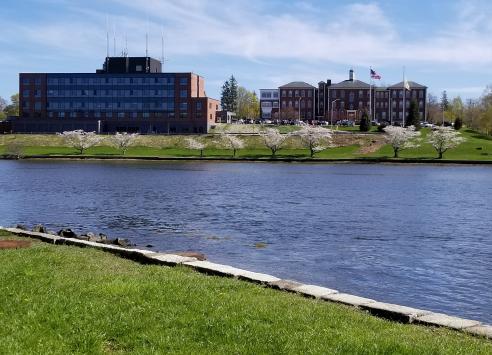