Both the Water Environment Federation (WEF), a national nonprofit association that provides technical education and training for water quality professionals, and the Associated Builders and Contractors of New Hampshire and Vermont (ABC NH/VT) have selected City of Portsmouth Department of Public Works and Methuen Construction awards for the Peirce Island Wastewater Treatment Facility upgrade project. WEF presented a Project Excellence Award to the City; and ABC NH/VT awarded both their Excellence in Construction (EIC) Award and the ABC VT/NH Chairman’s Award.

Department of Public Works Director Peter Rice commented, “The Peirce Island Wastewater Treatment Facility upgrade was the largest project in the City’s history, supported by the largest State Revolving Fund low-cost loan ever made, and completed under year-round weather conditions and without interruption to the continued operation of the existing treatment facility. City residents should be proud that this state-of-the-art facility is getting national attention for accomplishing our mutual goal of improving the environment by significantly increasing the level of wastewater treatment provided at the facility, resulting in improved effluent discharged to the Piscataqua River.”

Portsmouth was one of just three municipalities to receive a WEF 2021 Project Excellence Award, along with Metro Denver and Longmont CO. The award is based on a review of municipal water quality projects around the country, based on the following criteria:

In announcing the Project Excellence Award that was presented to the City of Portsmouth, its project engineering consultant AECOM and the project contractor, Methuen Construction, WEF president said, “WEF's annual Project Excellence Award pays tribute to excellence and innovation in the execution of projects and programs in the water sector. The Peirce Island WWTF Upgrade sustainably upgraded an operating water resource recovery facility on an island with limited access and extensive archaeological and recreational resources located in historic downtown Portsmouth NH. The team delivered a successful project on schedule with increased capacity, secondary treatment, and total nitrogen removal.”

In announcing the ABC NH/VT awards, President Joshua Reap said, “For more than 30 years, ABC NH/VT has honored award-winning construction projects because the team’s work exemplifies excellence in our industry. The 2021 EIC honorees set the standard in safety, quality and innovation. The successful completion of the state-of-the-art Peirce Island Wastewater Treatment Facility – while the plant was still fully operational -- shows how the success of a construction project is largely attributed to collaboration between the Owner, Engineer, and General Contractor. Over the project duration, these solutions and ingenuities were on such a grand scale as to make the project award-winning.”

The Water Environment Federation is a nonprofit association that provides technical education and training for thousands of water quality professionals who clean water and return it safely to the environment. WEF members have proudly protected public health, served their local communities and supported clean water worldwide since 1928.

About ABC:
Associated Builders and Contractors is a national construction industry trade association representing more than 21,000 members. Founded on the merit shop philosophy, ABC and its 69 chapters help members develop people, win work and deliver that work safely, ethically and profitably for the betterment of the communities in which ABC and its members work. ABC's membership represents all specialties within the U.S. construction industry and is comprised primarily of firms that perform work in the industrial and commercial sectors. 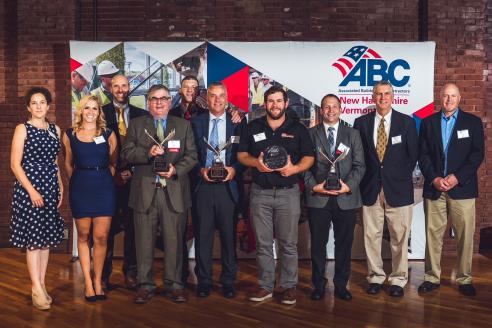