For a video recording of the meeting, click here.

Public Information Meeting, October 3, 2019
The City held a public meeting on October 3 to update the neighborhood and other interested residents on the plans for rebuilding the seawall and reconstructing the wharf. The plan must be implemented in phases, because to keep the pumping station in operation, the new station must be built in an adjacent location. The meeting discussed opportunities presented by the reconfiguration of the site that might be included in the master plan for the property. 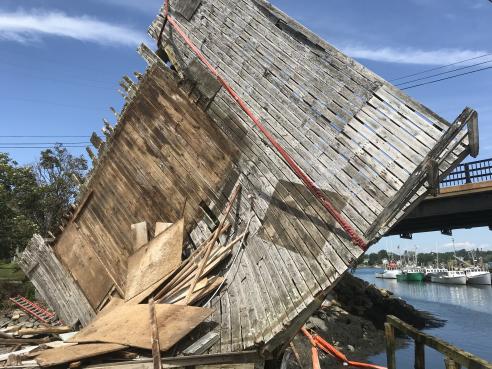