The City wants to hear from the public about sidewalks and traffic-calming measures on streets in the Elwyn Park neighborhood. Neighborhood residents are invited to attend a public meeting on Tuesday October 1 at 6:30pm at the Dondero School library. At the meeting, the City's consultants from Alta Planning + Design will review preliminary findings related to pedestrian and bicycle safety in Elwyn Park and present some options for potential improvements ranging from sidewalks to signage to traffic-calming features.  The primary purpose of this meeting is information gathering -- to hear from residents in the neighborhood about these potential improvements and to help the City identify priorities for future projects.

Addition of sidewalks and related traffic calming measures were recommended in the City's 2010 Safe Routes to School Action Plan and identified as a project in the City's 2014 Bicycle and Pedestrian Plan with an emphasis on providing safe bicycle and pedestrian connections to the Dondero Elementary School. The City has included initial funding for a feasibility study for this project in the Capital Improvement Plan to provide a prioritized list of sidewalk, traffic calming and other pedestrian and bicycle improvement projects in the neighborhood. The feasibility study will also include planning-level concepts and cost estimates so that the City can determine where investments should be made in the future in conjunction with other roadway and drainage improvements in the neighborhood. 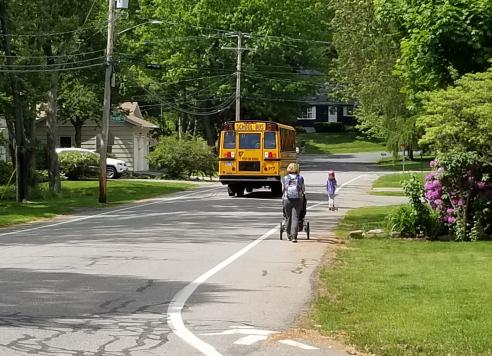