To kick off this biking season, all street lines will be re-painted as part of the annual citywide line striping program. Beginning on Monday, April 15th through mid-May, staff will be observing traffic behavior along the bike lanes prior to reinstalling bollards in early June. This year, there will only be 60 bollards along the corridor which is a reduction of posts by 54 percent compared to last year. This year’s bollards will also:

Throughout this biking season, traffic speeds will continue to be monitored and analyzed, in addition to traffic behavior at intersections and side streets, pedestrian and bicycle counts, and parking counts along the corridor and on side streets. 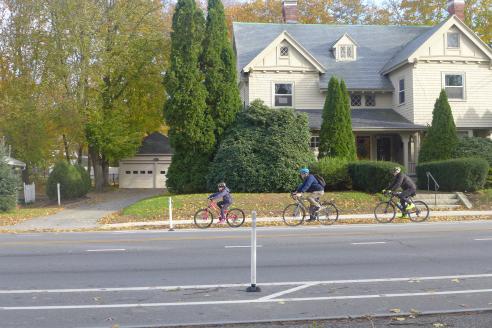