The Portsmouth Police Department is one of the largest police departments in the State of New Hampshire.It consists of 69 sworn officers.These officers are loyal, dedicated, professional men and women filled with a sense of pride in their organization and the heritage of their department. 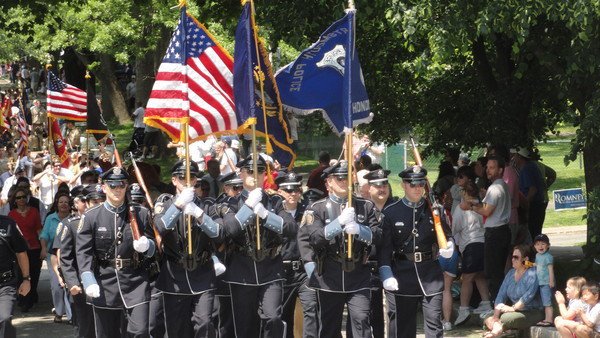 We, the members of the Portsmouth Police Department, take the passing of an officer very seriously and feel it very deeply, whether the officer was killed in the line of duty or dies after serving a community for years with pride, integrity, and loyalty. 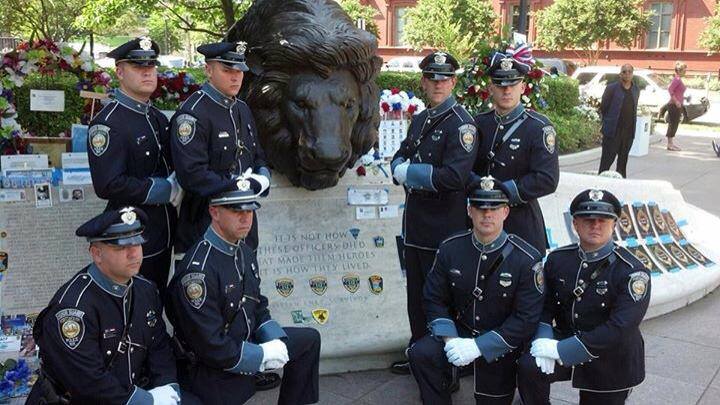 The goal of an Honor Guard is to demonstrate to the community, state, and the nation that the men and women of their department are proud, loyal, dedicated officers of integrity who care for and respect those who have served before them.

The Portsmouth Police Department established an Honor Guard to pay tribute to those officers who have come before them. Comprised of full-time officers, the Honor Guard was established in the early 1980's. Unfortunately, it was disbanded in the late 1980's, by a previous administration, largely due to financial problems. 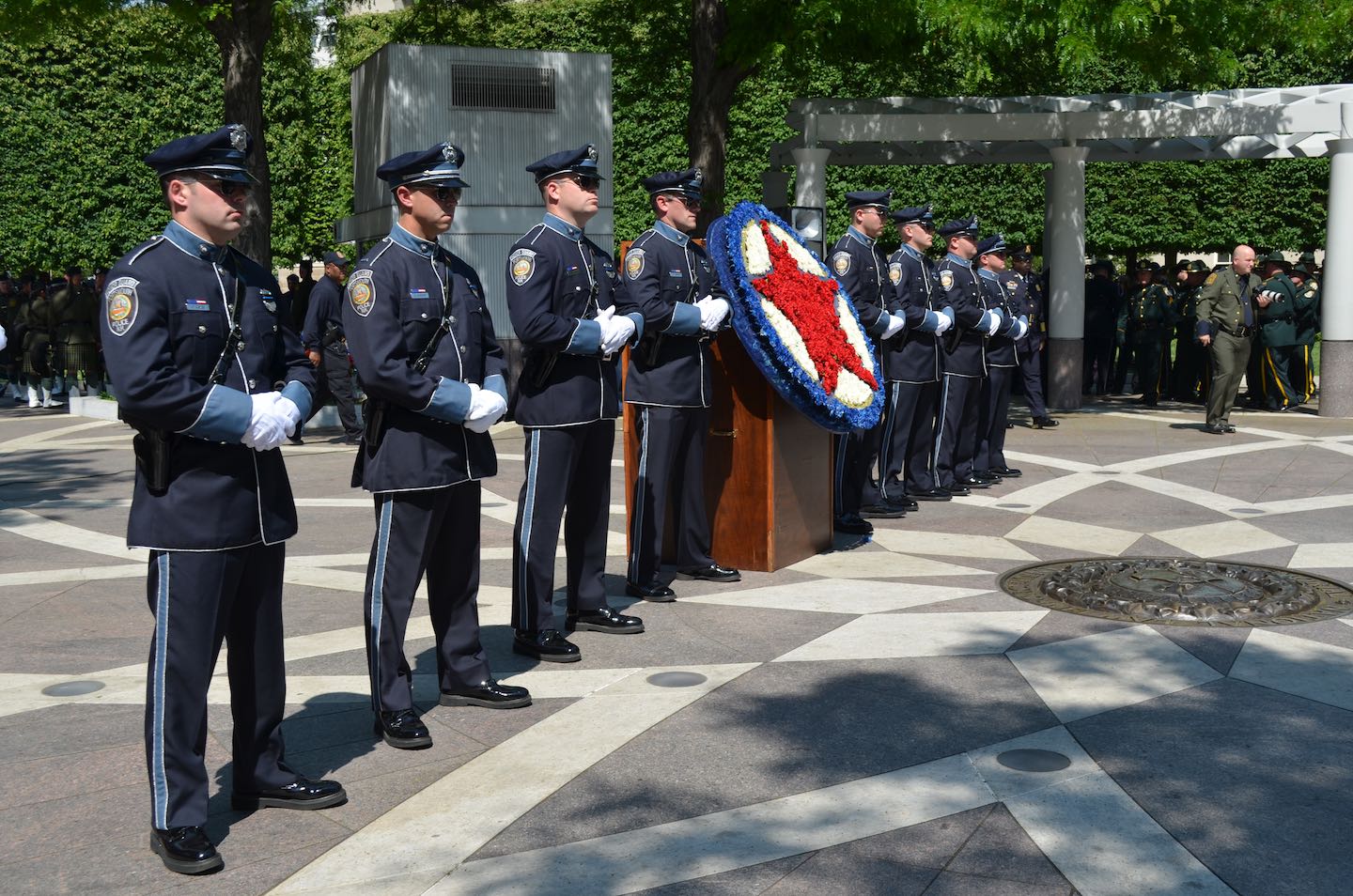 Unfortunately, the department lacked the funds necessary to achieve the goals of the Honor Guard. Therefore, Chief Russ authorized the unit to solicit the community for donations in order to fund the Honor Guard.

The Honor Guard has been able to attain funding to purchase dress uniforms for each of the members. They have also participated in many hours of training consisting of drill and ceremony, funeral protocol, rifle drills, 21-gun salutes, flag bearing, and flag folding and presentation. In all, the Honor Guard has logged more than 500 hours of training in a year and a half. 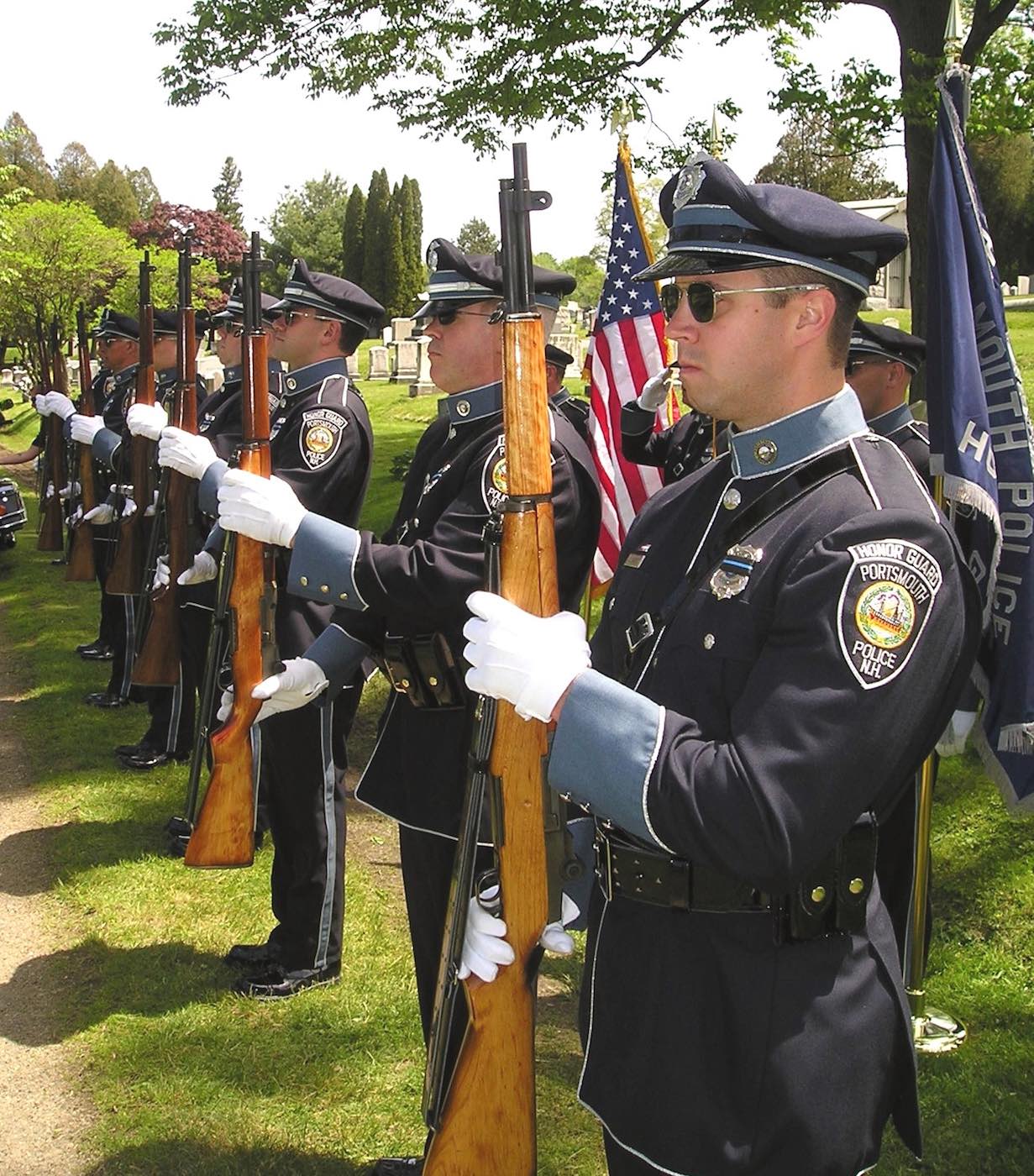 Ironically, the first funeral in which the Honor Guard performed full services was that of a member of our own department. Lieutenant Steven P. Demo died on July 9, 2000 after a long and courageous battle with cancer.

The Portsmouth Police Department Honor Guard has represented the department and the City at the funerals of fallen officers throughout the New England area. In the year 2000, the Honor Guard attended the funerals of seven (7) police officers, four (4) of which were killed in the line-of-duty. 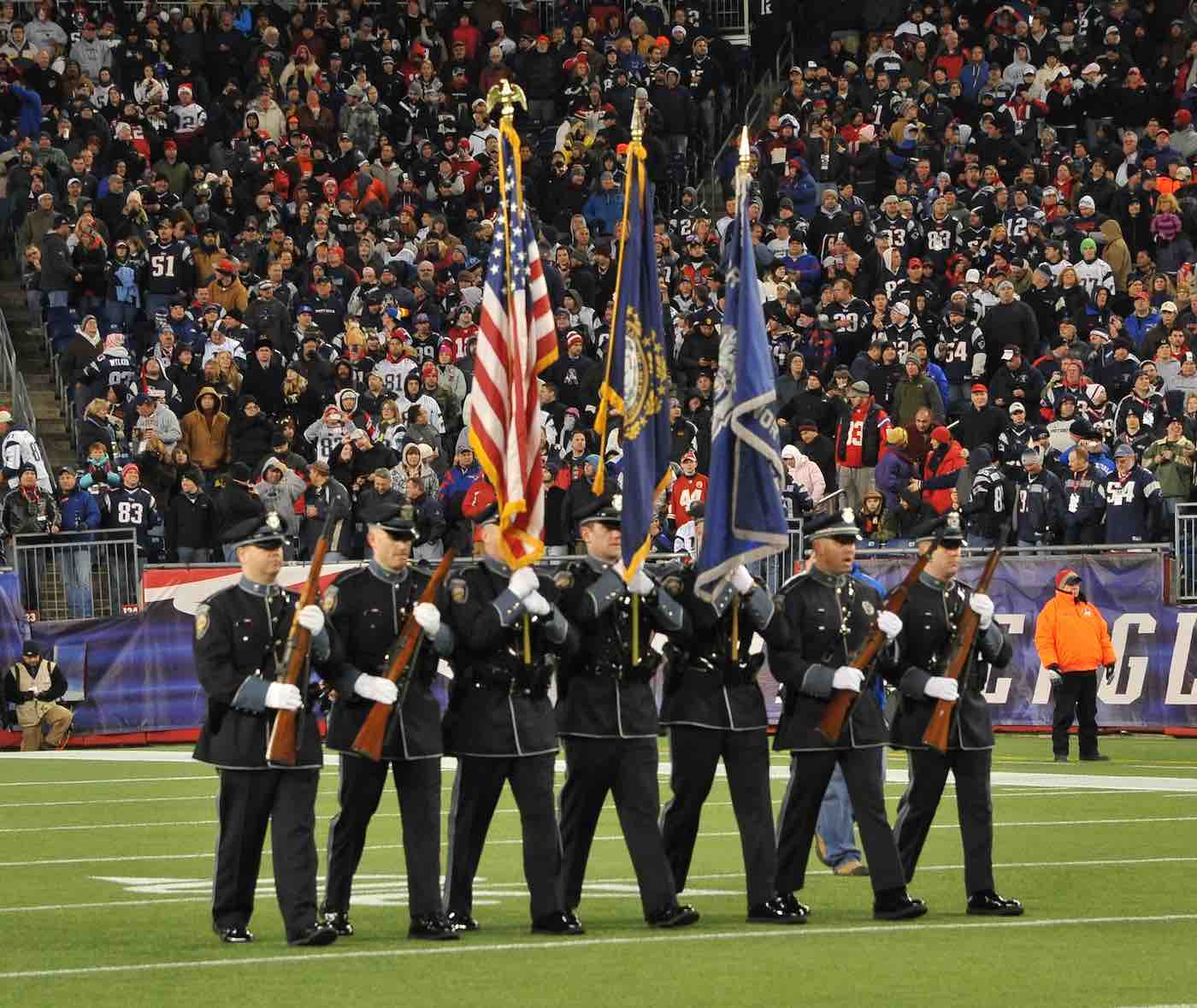 The Honor Guard has also participated in memorial ceremonies held in the City of Portsmouth, in Concord, New Hampshire, and in Washington DC. They have participated in parades and other functions as well.

This elite unit consists of hard-working, dedicated officers that have given, and will continue to give, their greatest effort to ensure that their department and their city is represented with pride, dignity, and professionalism.

WE NEED YOUR HELP

The Honor Guard has been able to accomplish their goals with the help and generosity of citizens like you. We have achieved a lot since the formation of the unit but there is still much that needs to be done. As we are not funded by the City of Portsmouth, we rely on the community to help us in achieving our goals.

The Honor Guard is currently seeking donations to cover the cost of equipment, training, and travel. Travel expenses to attend officers’ funerals, training, and other ceremonies are very high. ANY assistance from the public is GREATLY appreciated. 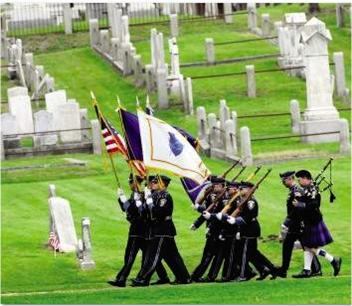 If you would like to donate to the Portsmouth Police Department Honor Guard, please send your donations to: