"The Coakley Landfill Superfund site is located in the towns of North Hampton and Greenland and abuts the town of Rye to the east. Situated on the southernmost portion of a 92-acre parcel, the landfill itself is approximately 27 acres and received municipal and industrial wastes from 1972 to 1982. From 1982 to 1985, when land-filling activities terminated, the site received incinerator residue from the Portsmouth Refuse-to-Energy Facility at Pease Air Force Base (Source: NH DES)."  To read more from a NH DES-published summary of the site and its activities, go here.

NH DES maintains an on-line repository of information concerning the landfill.  Use the NH DES link to the right to access the search page on NH DES Onestop.  If you select "remediation site" and choose the location of "North Hampton," or simply search by name and enter "Coakley," you will find extensive files related to Coakley.

The City of Portsmouth is a member of the Coakley Landfill Group (CLG), which is comprised of municipalities (Portsmouth, Newington, North Hampton), solid waste generators, and solid waster transporters who were named as "Potentially Responsible Parties (PRPs)" in the consent decrees which mandate cleanup of the landfill pursuant to EPA requirements and oversight.

The most recent Five-Year Review Fact Sheet, published in January 2018 by the EPA, provides a summary of recent site activities.

In addition, the NH Attorney General's office composed a letter dated March 9, 2018 in response to an inquiry by NH legislators which sets forth a factual background concerning the Landfill and outlines EPA enforcement actions, participation agreements among potentially responsible parties, trust agreements, and recent groundwater monitoring activities.  It serves as a good primer for those who are new to the subject matter.

The EPA has conducted several five-year reviews of the site's remedy.  In the 2011 Five-Year Review the EPA recommended expanding the sampling for the emerging contaminant 1,4 dioxane.  More recently, the EPA and NH DES identified PFAS as an additional set of emerging contaminants which the CLG began sampling in  2016.

Chairman of the Executive Committee

Director of Planning and Sustainability
(603) 610-7215
plbritz@cityofportsmouth.com 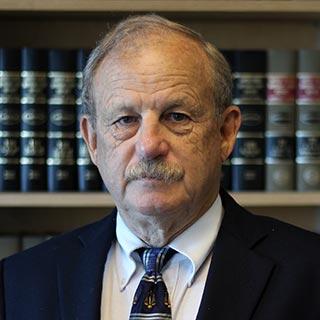