The City entered into a design contract with Weston and Sampson Engineers to perform preliminary engineering to implement the Master Plan and complete the first phase of the Master Plan design.  During the 2019 season, the consultant completed a topographical survey of the Park, along with a survey of the underground utilities and an assessment of the historic buildings.  In addition, the consultants have completed tidal inundation study to establish resiliency goals for the upgraded park. These initial enabling engineering tasks identified design questions for further analysis. No final report has yet been issued.

The Blue Ribbon Committee work ended with the adoption of the 2017 Prescott Park Master Plan by the Portsmouth City Council on February 6, 2017.

Archived Information in regards to the Process

Members of the public can find meeting agendas and Meeting Videos from past meetings below. If you are looking for the actions and/or Minutes, please refer to the City's Meeting Calendar. 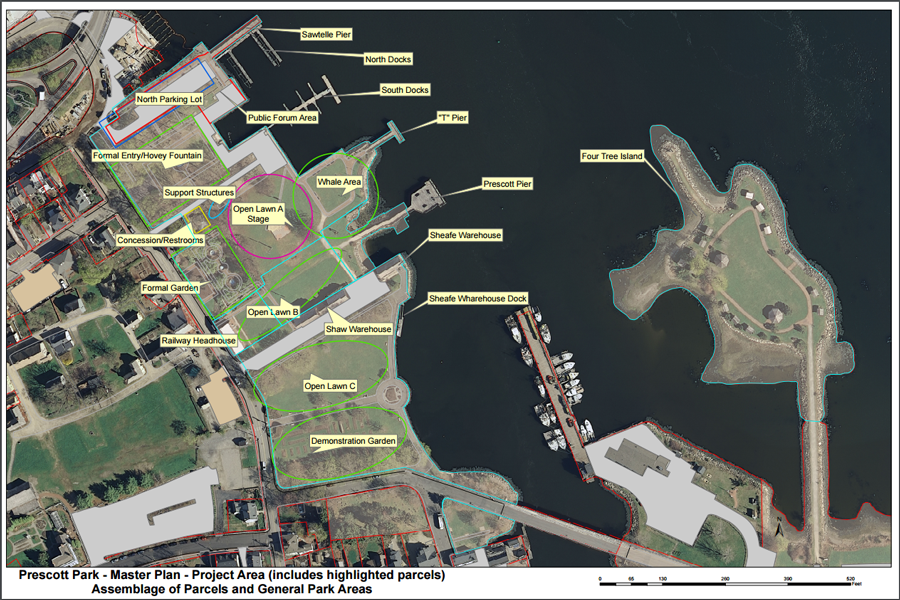