Since the mid 2000's, the City of Portsmouth's Senior Subcommittee had done an excellent job moving through the process of identifying the best place for a senior center in a timely and effective manner. That work resulted in the establishment of a Senior Center at the Community Campus as a temporary home.

In 2012, the Paul A. Doble Army Reserve Center on Cottage Street was identified as the Committee's first option to house a new senior center. It is a one-story building that includes a commercial-grade kitchen, individual classrooms, and an assembly hall. The building is close to the city center, adjacent to the West End, and can be serviced effectively through public transportation on an existing route. The location also has adequate on-site parking. The acquisition of the Doble property at 125 Cottage Street in fall 2018 represented the next chapter in the City's evolving and expanding programming for older adults.

Working together with the Community Development and Public Works Departments and the Senior Services Division of the Recreation Department, the design and construction of an adaptive reuse of the Doble facility into a new Senior Activity Center began in 2018. Construction was completed in June 2020, and the new facility provides more than double the amount of space available to the Senior Center in its former location at Community Campus, has ample parking, is on a COAST bus line, and incorporates some Council on Aging-recommended design features. Design work was undertaken by the firm of AECm Architects and Engineers in Newmarket, NH and Manypenny Murphy Architecture in Portsmouth, NH.

Funding for this multi-million dollar project was provided from a combination of sources, including the City of Portsmouth, U.S. Department of Housing and Urban Development Community Development Block Grant (CDBG) Program funds and the Daniel Street Trust. 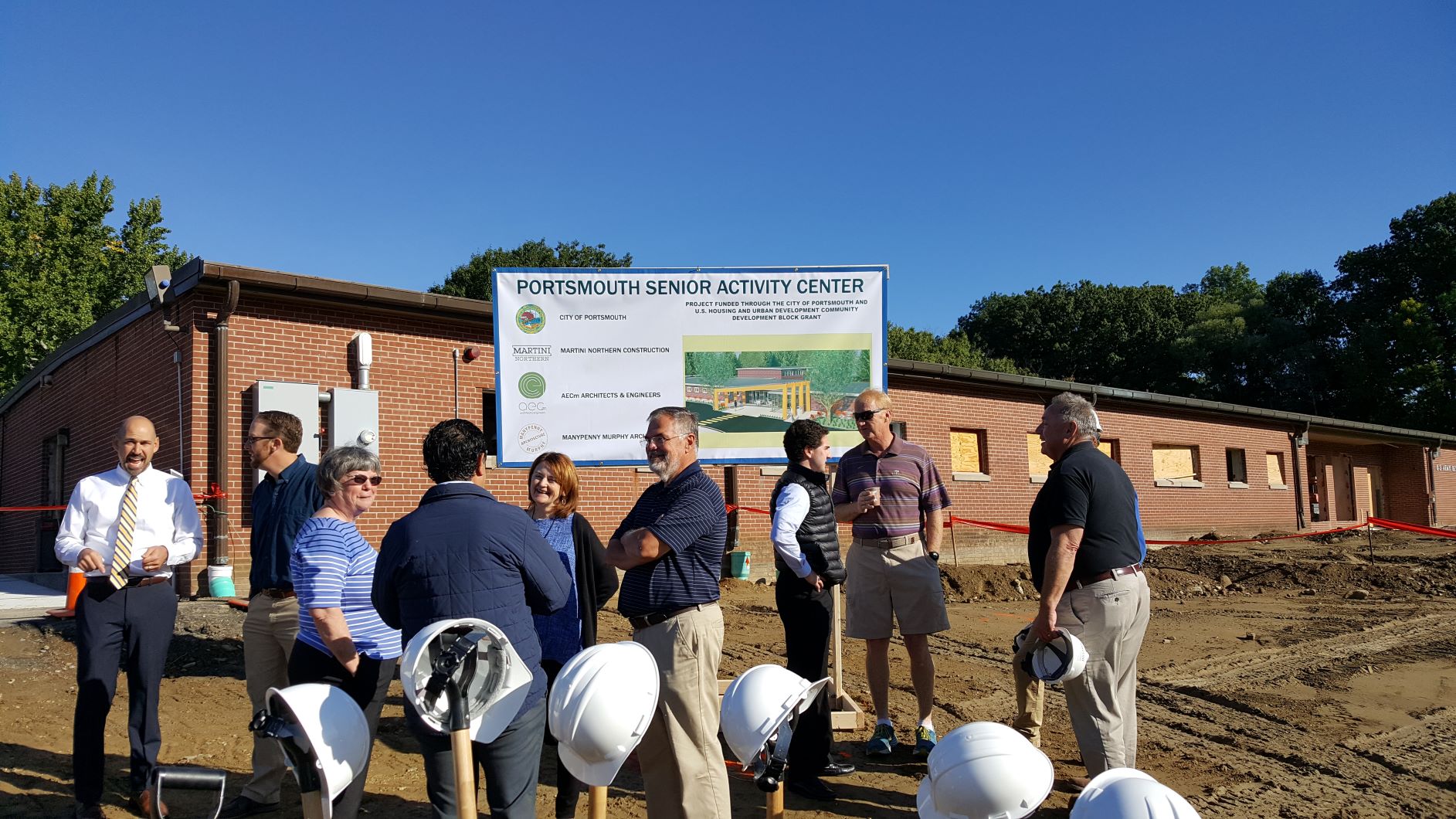 The design and engineering firm AECm in Newmarket, NH prepared conceptual designs for the new senior center. In 2017 and 2018, age-friendly design work also included support from Manypenny Murphy Architecture in Portsmouth and has been elevated to include technical specifications and details aimed to make the Portsmouth Senior Activity Center a premier community resource for mature adults. Martini Northern in Portsmouth was the general contractor for the project, and the Portsmouth Department of Public Works provided essential project oversight over the 10 month construction period. The Department of Community Development provided CDBG funds for AECm's construction administration costs.