The Community Development Block Grant Program is a flexible grant program, in place since 1974, from the U.S. Department of Housing and Urban Development. CDBG programs work to develop viable urban communities by providing decent affordable housing and a suitable living environment, providing services to the most vulnerable in our communities and by expanding economic opportunities, principally for low- and moderate-income persons.

CDBG is an important tool for helping local governments tackle serious challenges facing their communities. The CDBG program has made a difference in the lives of millions of people and their communities across the nation.

In Portsmouth, CDBG has supported many community development projects since the 1970's.

City neighborhoods where brick and mortar projects can be carried out are those in which over 51% of the residents earn low or moderate incomes. U.S. Census Bureau data is used to define eligible neighborhoods. Census data is issued every ten years for the City as a whole, and for smaller geographic areas within the City called census tracts and census block groups.

Funded with U.S. HUD Community Development Block Grant (CDBG) monies and through the City’s Capital Improvement Plan (CIP), this public park renovation project was co-managed by the Community Development and Public Works Departments. The primary vision for the renovation was to create a more open, safe and sunny space with a central gathering spot and where the park perimeter is visually reinforced with the existing sitting walls and views into and out of the park are improved.

Landscape Architect Terrence Parker from Terra Firma in Portsmouth, along with Alex Ross from Ross Engineering in Portsmouth, completed the design and facilitated two public listening sessions in January 2019. Syvinski Landscaping, Inc. from Seabrook was awarded the construction contract.

Click here for press about the park's reopening celebration. 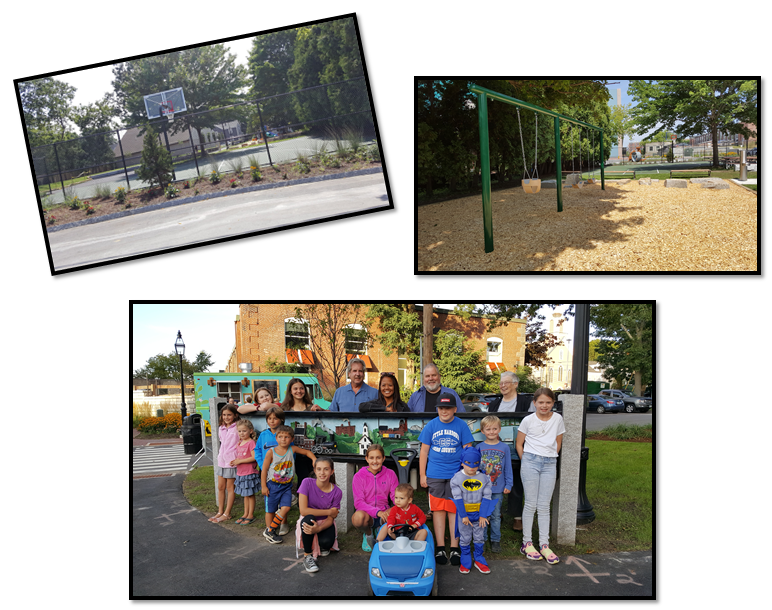 Major Accomplishments of the Project:

With the above improvements and installations, and the repositioning of Peter Hapney’s distinguished art work to a visually prominent place within the park, Rock Street Park is refreshed and will serve the neighborhood’s needs for passive green space enjoyment and family play activities.

Past neighborhood bricks and mortar projects include:

CDBG funds can also be used for brick and mortar projects that benefit low and moderate income residents in other ways. For example:

Each winter, this competitive grant program makes available grants for operating costs to non-profit public service agencies which assist people who earn low or moderate incomes as defined by the U.S. Department of Housing and Urban Development.

The Citizens Advisory Committee (CAC), first convened in 1975, is the advisory board and official citizen participation body for the Consolidated Plan and the CDBG Program. The CAC has the following responsibilities:

How Has CDBG Helped During the Pandemic?