We recognize that a gallon of water saved is a gallon that the City doesn’t have to find, produce, treat and test the City’s water and wastewater systems. Therefore, we have been implementing water efficiency efforts for over ten years now. These efforts have included:

The City’s water efficiency efforts have paid off. Residential water usage has dropped 21 percent since the program was implemented. Future efforts to improve water efficiency may include offering water audits and increasing the promotion of water efficient irrigation. 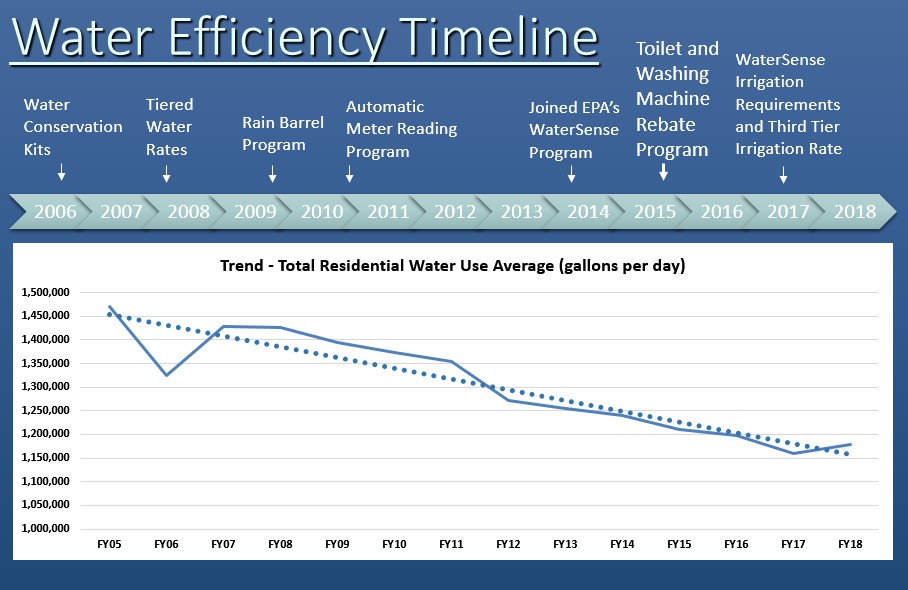 How Much Water Do Portsmouth Water Customers Use?

A detailed water use analysis was performed during the 2012 Water and Sewer Rate Study. That analysis showed that a typical single-family residential customer on our water system used an average of 5 units of water per month. This equates to 133 gallons-per-day. Further analysis revealed that indoor water use averaged 118 gallons-per-day per single-family residential customer.

What is the Seasonal Water Demand for our Water System?

More water is used during the summer than any other time of the year. This is due to lawn irrigation but is also attributed to use for building cooling systems. Average water demand for the Portsmouth system for non-irrigation months is between 3.5 to 4.0 million gallons per day. This can go up to over 6.0 million gallons per day during hot and dry months. The following graphic shows the ten year average water demand in the system: 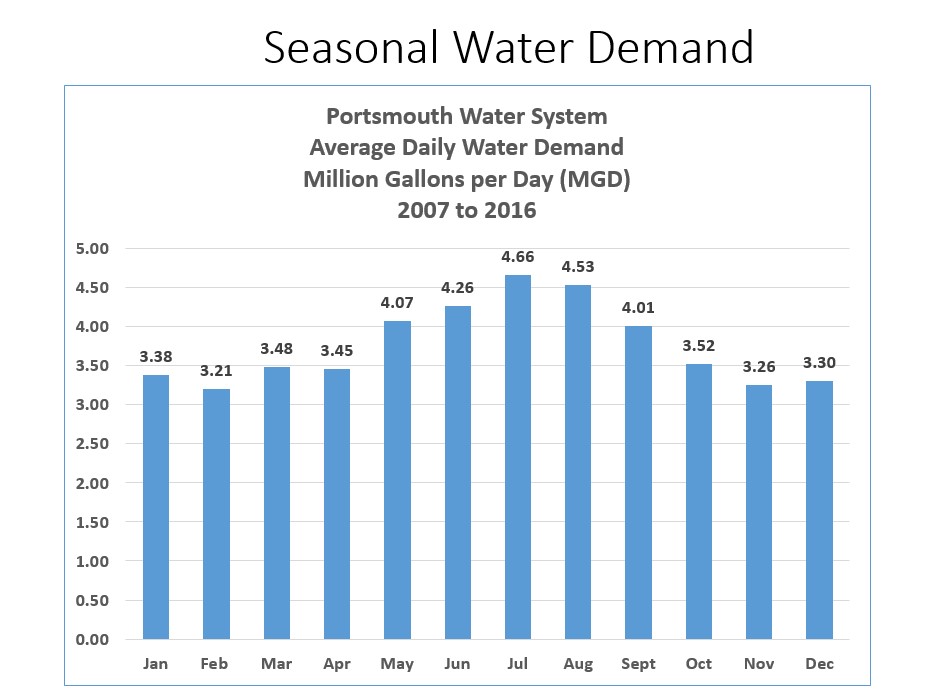 How is Water Use Monitored and Reported?

The water system’s operational staff monitor all our sources of supply – surface and groundwater – in real time. They are also able to monitor water system pressures and tank levels to assure that ample water supply is in the system at all times. Water system trends can also alert staff as to any potential need to implement water restrictions. Monthly Water Supply Updates are developed and made available on the City’s website at:

All customers on our water system have water meters. These meters are connected to a radio-read system which provides our staff the ability to monitor and inform customers if excess usage is detected. The radio-read system also allows for monthly water bills to be generated and sent to all customers.

Tiered rates in which the volumetric rate increases as the quantity used increases were implemented by the City over 10 years ago to promote water efficiency. Customers using over 10 units of water a month pay a higher rate for every unit used over that amount. In 2016, a third tier was added to irrigation rates to further encourage water efficiency.