DPW and the Portsmouth Police Department have adopted the new Smart 911 text, email, voicemail alert system (replacing CodeRed). Changes in trash collection and snow parking announcements will now be broadcast through the Smart 911 system. To receive Smart 911 notifications, go to the subscription page.

Portsmouth’s snow plowing operations typically begin when snow accumulation that exceeds two inches, at which time a citywide parking ban may go into effect in order to facilitate snow removal. Residents can take advantage of spaces in designated City parking lots and garages when the parking bans are in effect. Under a declared parking ban, residents are urged to take advantage of Flat Rate Parking at Hanover Garage ($5 per exit) and Foundry Garage ($3 per exit), good from the time an Anticipated Ban is announced until 2 hours after the Ban Cancellation is issued. For more information on parking ban logistics and available City lots for the public, please click here.

“We understand how challenging and inconvenient a parking ban is for many residents. The Department of Public Works does not want to tow vehicles from the street but can be forced to do so in order to perform snow removal during significant storms,” noted DPW Director Peter Rice. “We also want to be sure residents and City staff are safe when it comes to trash pickup during a snowstorm. By cancelling collection when there’s a school cancellation, it will be easier for residents to know whether to put items out – and to keep sidewalks and streets clear for snow removal.”

The Department of Public Works also asks residents to assist in making snow removal more efficient by doing the following:

When managing extended weather conditions and snow removal in the area, residents should take precautions to ensure their safety: 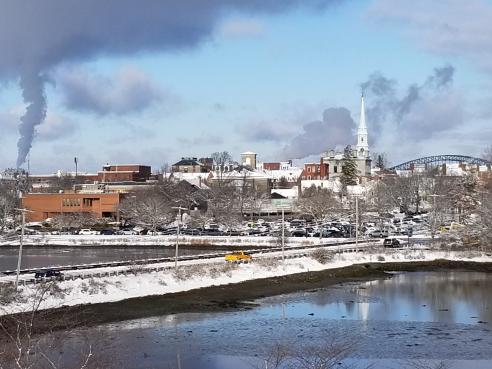