On Thursday, March 4th, 2021, the Board of Police Commissioners voted unanimously to promote Officer Jordan Wells to the rank of Sergeant assigned to the Patrol Division. His appointment became effective on April 4th, 2021.

Sgt. Wells began his career in Law Enforcement in 2013 as a part-time officer with the Hampton, New Hampshire Police Department. He joined the Portsmouth Police Department in 2014 where he has worked for over 6 years, serving the community in the Patrol Division.

Sgt. Wells holds several assignments within the department, to include: Advisor of the Police Explorer Program, Motor Unit Member, and serves as a Driving Instructor. He was also a dedicated Field Training Officer and member of the High Intensity Drug Team (HIDIT).

Jordan grew up in Exeter, NH, and attended Exeter High School. A graduate of Salve Regina University, he earned his Bachelor’s degree in Administrative Justice with a minor in Business Administration. He later earned his Master’s degree in Homeland Security with a concentration in Cyber Security. 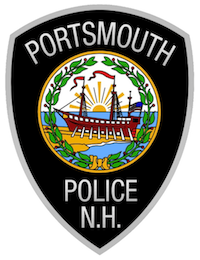