On November 16th, shortly before 11:00 PM, Portsmouth Police and Fire Departments responded to a motor vehicle crash at the intersection of the Route 1 By-Pass South and Greenleaf Avenue. A vehicle travelling southbound on the Route 1 By-Pass left the roadway first striking a utility pole then striking two parked vehicles in a car dealership parking lot before coming to rest. All three vehicles sustained heavy damage.

As a result of the on scene investigation, the lone occupant of the vehicle was arrested and charged with Aggravated DWI (class B Felony). She is identified as,

Derochemont was arrested at Portsmouth Regional hospital, where she was transported following the crash for injuries received. Personal Recognizance bail was set.

An arraignment date for Rockingham Superior Court will be set. 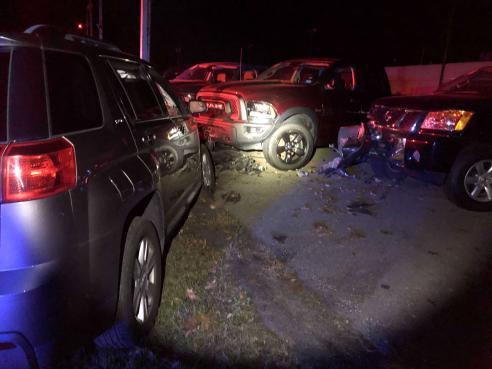