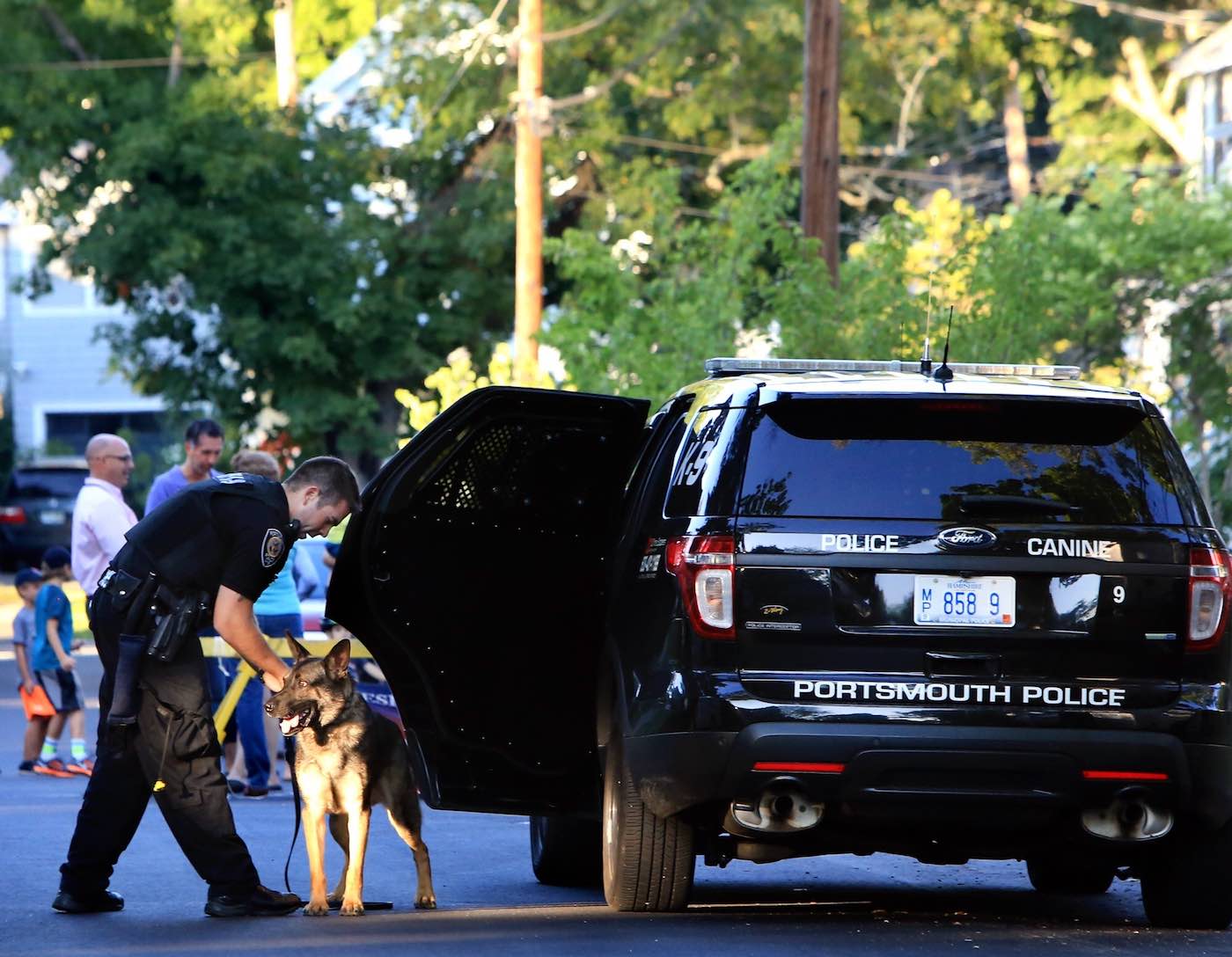 Each year has been an eventful one for the K-9 Unit since its permanent formation in 1985. We have achieved significant new initiatives, visible signs of our advancing mission and, as always, renewal of our most fundamental commitments. 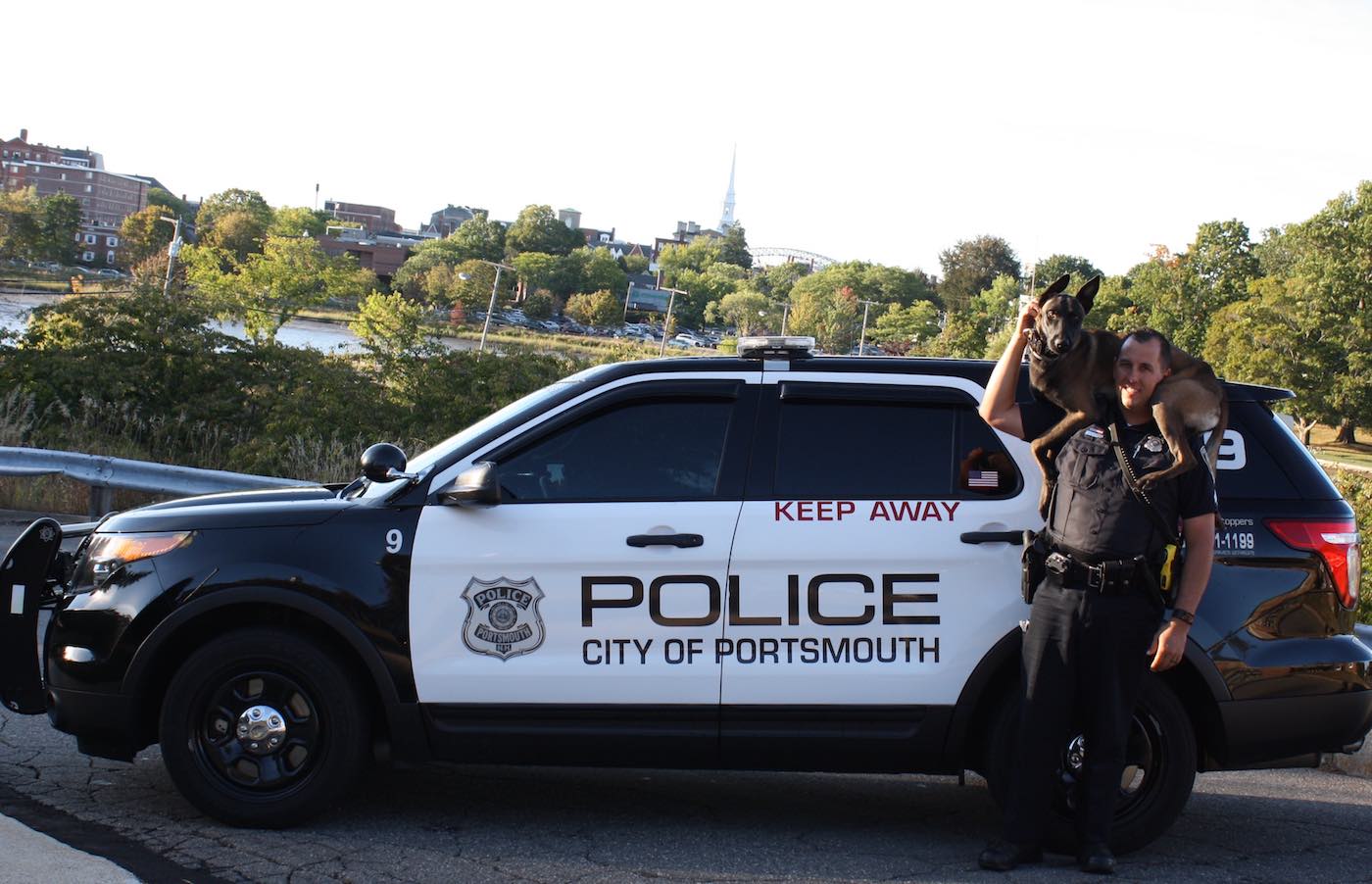 Reports are often cluttered with statistics that are used as measuring rods of progress. Important to remember are the less tangible issues that are equally deserving to mention. One of the ways in which the K-9 Unit identifies itself is as a community orientated, professional police service. In response to this need for effective law enforcement, we have been used in thousands of calls for service and the seizure of millions of dollars worth of illegal drugs. The Unit has enjoyed solid support by the public and has demonstrated the dogs abilities to approx. 1/2 million of them representing over 500 different civic and educational organizations.

Our K-9's are trained to track criminals in a city environment and sniff them out when hidden inside a building during a crime. They have located lost children and elderly people who have wandered away from home. They have provided Presidential Security and executive Protection for those dignitaries visiting the Portsmouth area. The Unit is loaned out to the Attorney Generals Office, Statewide Drug task Force, United States Customs, U.S. Immigration, U.S. Drug Enforcement Agency, United States Coast Guard, and over 30 other Law Enforcement Agencies across New England and Canada. The Portsmouth Coast Guard stated,

Our dogs also locate discarded evidence such as a gun or mask that has been thrown in the woods by an escaping criminal suspect. Any item with a trace of human scent on it can be located by our Police K-9's. Recent robberies and burglaries have been solved by the K-9's sniffing out these clues used to identify these dangerous criminals. A shooting in Maine was solved when one of our dogs sniffed out the weapon that was thrown away in the backyard of a Portsmouth home. The area had already been searched for 3 hours by detectives and not located. It was partially buried in a trash pile when retrieved by the dog. 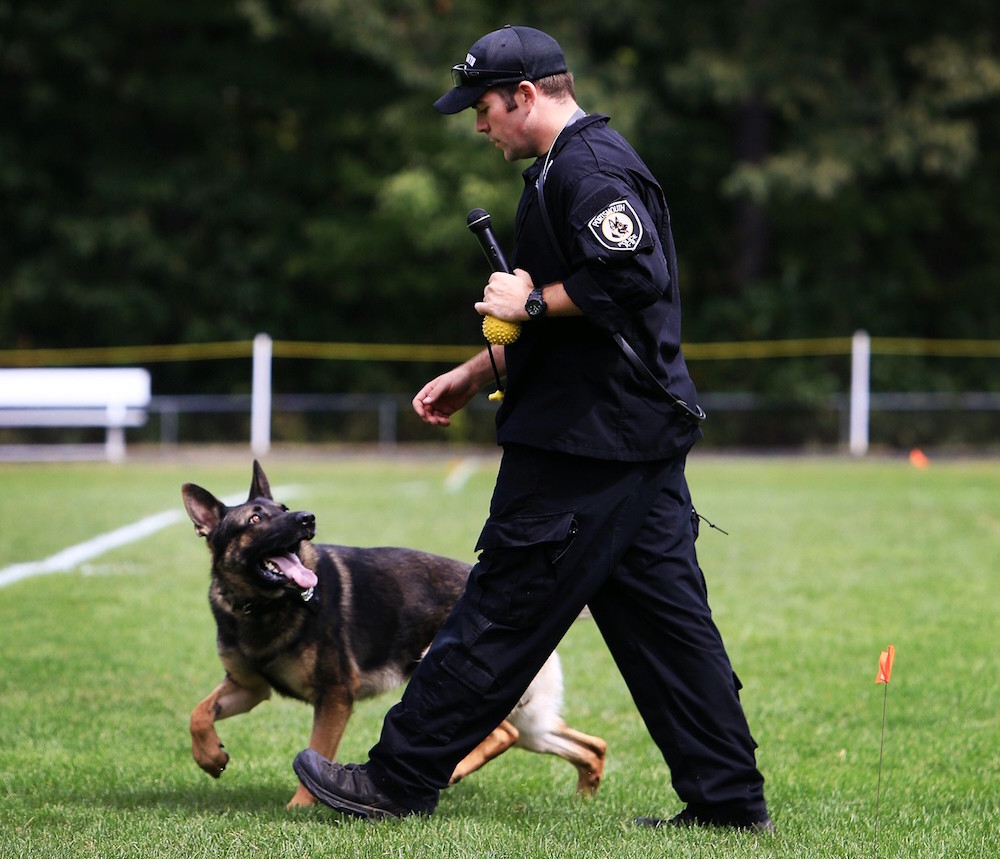 The dogs contribute to a safer work environment by providing security and protection not only to the handler but supporting personnel. Deployed as front line tools, the K-9 Teams are involved in nearly every major or violent crime investigation. The dogs have proven themselves valuable in high risk encounters and as such, they are placed at higher risk calls more than any other officer within the department. The dogs are trained to protect the handler and any other person, chase down a fleeing felon upon command and if necessary, give their life to protect others. Remote door opening devices allow the rear door of the cruiser to open when the handler presses the control button attached to the duty belt. The dog can now leave the car and assist the handler who may be fighting with a violent suspect, or chase down the burglar who runs away when the police arrive.

The Unit is most proud of our high number of surrenders. The mere presence of the dog acts as an effective threat when necessary. Given the option of submitting to the arrest or fighting with the dog, the criminal most often chooses surrender rather than "having the dog find me" as one burglar put it. These surrenders have a rippling effect because not only is the dog taking the fight out of the criminal, but is taking the place of many officers' and the likelihood for injury is substantially decreased. For every fight avoided, the potential lawsuit is avoided, the negative image of the department is lessened, and the officers injuries and related loss time costs are minimized. 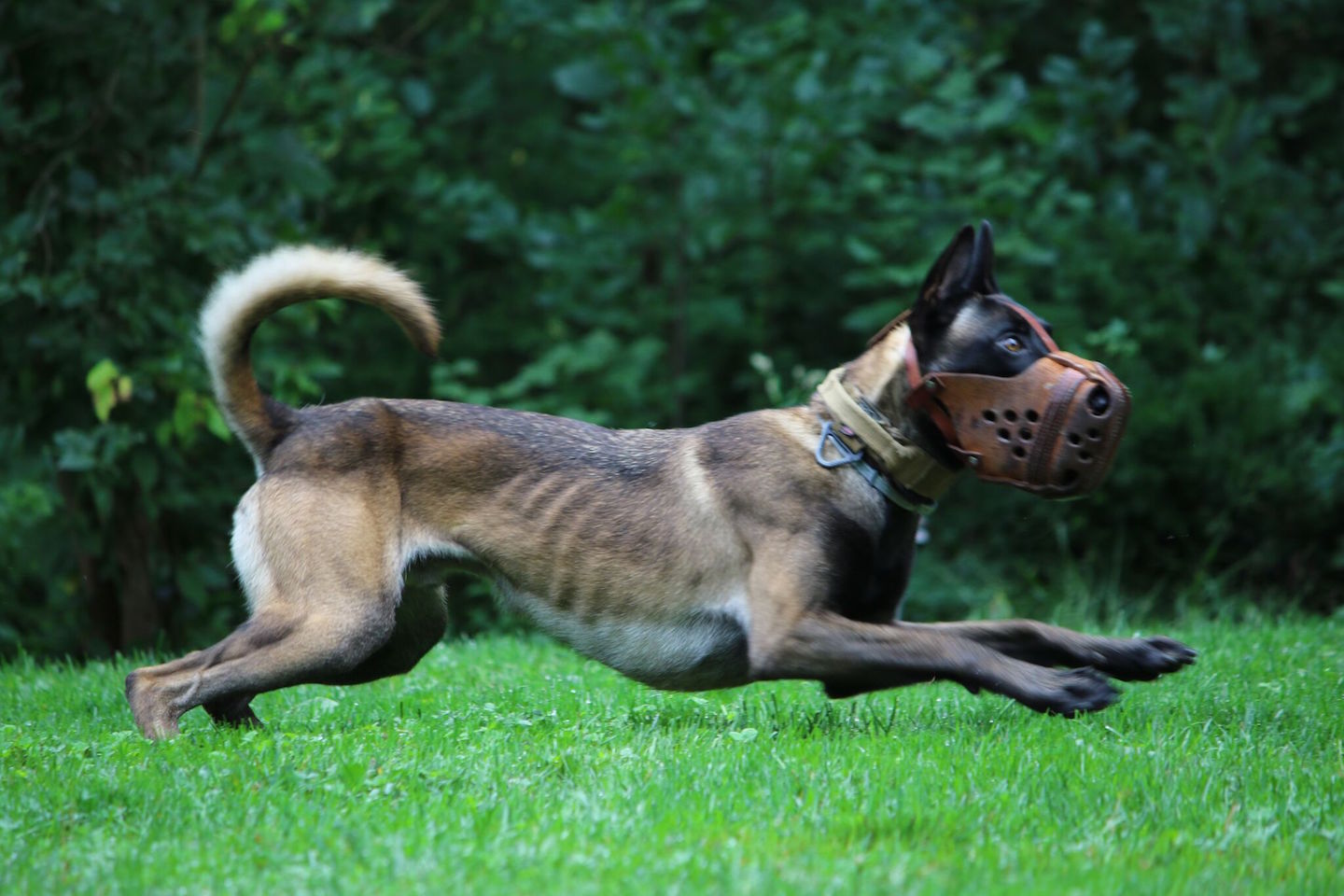 The dogs have searched tens of thousands of rooms and spanned many miles for escaped felons, suspects, lost people and runaways. We have searched the area of Portsmouth a hundred times over. According to search and rescue studies, the trained dog is at least 60% more effective and works 7 times faster than a group of 88 people working together searching the same area. Conservative studies show that the Portsmouth K-9's have saved the City hundreds of thousands in search time alone and with 60% more accuracy.

Our conviction rates are high as the Courts have affirmed our dogs as relevant and credible evidentiary tools. In the years of continuous service provided the unit has never been sued, in fact, the New Hampshire Supreme Court specifically cited our K-9 work as proper regarding the use of Drug Detection Dogs in this State. This mission is institutional as it calls upon every segment of the K-9 Units operation and training.

Quality resonates visible signs of our advancement as the handlers receive training at the Boston, MA Police K-9 Academy and are required to be certified twice a year through the United States Police Canine Association, the only recognized national standard by the United States Supreme Court. Officer Steve Blanding with K-9 Frankie, a Belgian Malinois, and Officer Aaron Stacy with K-9 Axe, also a Belgian Malinois, now carry on the deep tradition of Police Dog Handler for the City of Portsmouth.

Throughout history, the Portsmouth Police K-9 Unit has had to meet difficult challenges head on. At times it meant a real fight for survival, and at times a challenge to deal with very limited resources. Nothing was achieved without active community support and professional work by the back up officers. In spite of tremendous obstacles facing the unit throughout the years, the Police K-9 teams are moved by a far more compelling reality; to help the police department prevent crime, preserve order and protect the rights, lives and property of all people. On call 24 hours a day, we stand ready to provide a community service for many years to come and as the Portsmouth Herald Newspaper puts it "a model for others to follow".

For more information or to schedule a free public demonstration for your organization, contact Team Commander, Lt. Eric Kinsman at (603) 610-7519 or email ekinsman@cityofportsmouth.com.