The library’s Local History series features authors and experts on local history topics. The series will continue with a very special screening of Keepers of the Light, a history of the Gay Head Lighthouse on Martha’s Vineyard. The film will be followed by a discussion with filmmakers Liz Witham and Ken Wentworth, and historian Jeremy D’Entremont.

Built over 200 years ago in a small Wampanoag community at the tip of an island in the Atlantic, the Gay Head Lighthouse is one of America's most famous beacons. From whaling days to electrification, Keepers of the Light tells the story of evolving technology, heroism and shipwrecks, and the people who are called upon in each generation to keep the light, woven with the story of the recent race against time to save the historic beacon from falling over the edge of the rapidly eroding cliffs.

Keepers of the Light will be distributed to PBS stations nationwide starting in 2020.

Jeremy D’Entremont is a featured lighthouse scholar in the film. He has written more than twenty books and 300 articles on lighthouse history and other maritime topics. He is the president and historian of the American Lighthouse Foundation and the founder of Friends of Portsmouth Harbor Lighthouses. He produces the podcast Light Hearted for the U.S. Lighthouse Society. D'Entremont has lectured and narrated cruises from Maine to California, and his photographs have appeared in many books and magazines. 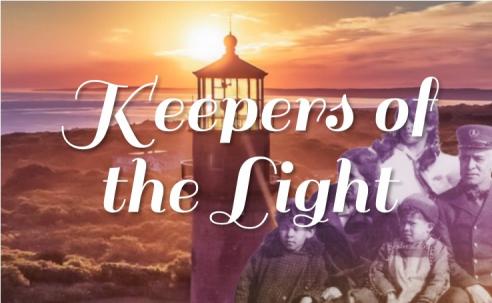