In conjunction with the World Affairs Council of New Hampshire, Portsmouth Public Library will offer a film & discussion series, Finding Refuge: Crossroads this fall. Tickets are free for the public, but space is limited. Reserve your tickets today! Visit wacnh.org/eventcalendar to register.

Human Flow
Tuesday September 10
6 PM
Following the film, there will be a facilitated discussion lead by Sara Withers, Senior Lecturer at UNH.
Over 65 million people around the world have been forced from their homes to escape famine, climate change and war in the greatest human displacement since World War II. Human Flow, an epic film journey led by the internationally renowned artist Ai Weiwei, gives a powerful visual expression to this massive human migration. The documentary elucidates both the staggering scale of the refugee crisis and its profoundly personal human impact. Captured over the course of an eventful year in 23 countries, the film follows a chain of urgent human stories that stretches across the globe in countries including Afghanistan, Bangladesh, France, Greece, Germany, Iraq, Israel, Italy, Kenya, Mexico, and Turkey. Human Flow is a witness to its subjects and their desperate search for safety, shelter and justice: from teeming refugee camps to perilous ocean crossings to barbed-wire borders; from dislocation and disillusionment to courage, endurance and adaptation; from the haunting lure of lives left behind to the unknown potential of the future. Human Flow comes at a crucial time when tolerance, compassion and trust are needed more than ever. This visceral work of cinema is a testament to the unassailable human spirit and poses one of the questions that will define this century: Will our global society emerge from fear, isolation, and self-interest and choose a path of openness, freedom, and respect for humanity? View this event on Facebook!

Anote’s Ark
Tuesday October 1
6 PM
Following the film, there will be a facilitated discussion lead by Sara Withers, Senior Lecturer at UNH. She will be joined by Roger Stevenson of the Union of Concerned Scientists and Rob Werner of the League of Conservation Voters.
What happens when your nation is swallowed by the sea? With the harsh realities of climate change looming, the low-lying Pacific nation Kiribati must find a new solution for the survival of its people. With sweeping cinematography, Anote's Ark interweaves two poignant stories. Anote Tong, endearing president of the island, races to find options-advocating in international climate negotiations and even investigating building underwater cities. At the same time, warm and sharp-witted Sermery, a young mother of six, tackles every struggle with humour. She must decide whether to leave the only culture she knows on the island and migrate to a new life in New Zealand. Anote's Ark captures the next evolution in the shifting dynamics of climate change-one where borders, technology, and global treaties are urgent and can change daily life as we know it. This portrait of the Kiribati people exudes strength of character and grace as they confront the inevitable change they are facing head-on. View this event on Facebook!

Fire at Sea
Tuesday November 5
6 PM
Following the film, there will be a facilitated discussion lead by Sara Withers, Senior Lecturer at UNH. Sara will be joined by Cheryl Hamilton of the International Institute of New England for this discussion.
Situated some 200km off Italy's southern coast, Lampedusa has hit world headlines in recent years as the first port of call for hundreds of thousands of African and Middle Eastern migrants hoping to make a new life in Europe. Rosi spent months living on the Mediterranean island, capturing its history, culture and the current everyday reality of its 6,000-strong local population as hundreds of migrants land on its shores on a weekly basis. The resulting documentary focuses on 12-year-old Samuele, a local boy who loves to hunt with his slingshot and spend time on land even though he hails from a culture steeped in the sea. View this event on Facebook!

This project was made possible with support from New Hampshire Humanities, in partnership with the National Endowment for the Humanities. Also sponsored by Revision Energy. 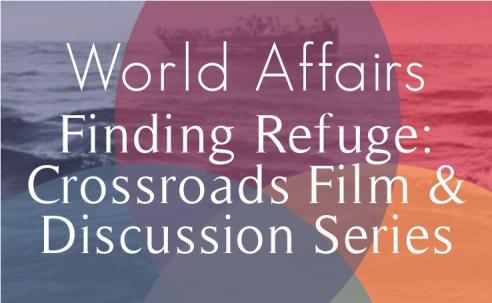