Hear the little-known story of the accelerating destruction of our forests for fuel, and the people who are fighting it. Join us for a screening of the documentary film Burned: Are Trees the New Coal?, followed by a panel discussion.

Registration is required. A Zoom link will be sent to participants the week of the event. Register now!

The event will begin with an introduction, followed by a screening of a 30-minute version of the film. Library Director Steve Butzel will facilitate a panel discussion and Q & A with filmmaker Chris Hardee, Cathy Corkery of NH Sierra Club, and forest activist Jamie Sayen.

Burned is a documentary which takes an unwavering look at the latest electric power industry solution to climate change. The film tells the story of how woody biomass has become the fossil-fuel industry’s renewable, green savior, and of the people and parties who are both fighting against and promoting its adoption and use.

Through interviews with activists, experts, and citizens, along with verité-style footage shot across the U.S. and in the EU and UK, the film interweaves the science of climate change, the escalating energy-policy disputes, the dynamics of forest ecology, the biomass industry practices, the conflict between jobs and trees, and the actions of activists and citizens who are working to protect their own health, their communities, the forest, and the planet’s climate.

The film was accepted at 14 festivals, won the Audience Award at the American Conservation Film Festival, and continues to be screened by forest conservation groups and activists around the world.

Find out more at burnedthemovie.com.

Chris Hardee is a lifelong environmentalist. He co-founded a non-profit media organization in the 1980s where he focused on environmental topics for conservation organizations in New England, as well as writing, directing, and producing numerous video, film, interactive, and multimedia productions for museums, parks, and historic sites around the country. Hardee was one of three filmmakers for Marlboro Production’s BURNED, a documentary exposé of the biomass industry. More recently, he founded High Cairn Films where he makes long and short-form documentaries focused on the environment, education, and sustainability. Hardee has also been a freelance writer, an educator, and an evaluator of environmental education programs. He lives in Chesterfield, NH.

Catherine Corkery, Chapter Director and Senior National Organizing Representative, NH Sierra Club, started working at the Sierra Club in 1999 with a program geared at cleaning up car emissions. She works in a variety of areas as planner, volunteer manager, fundraiser and lobbyists in the Concord State House on issues like protecting state parks, funding energy efficiency programs, improving air quality, and wildlife protections

Jamie Sayen is a forest activist who has been writing about forest protection for 30 years and fighting industrial biomass more recently. He published The Northern Forest Forum from 1992-2002, a grassroots journal devoted to protecting, preserving, and restoring the natural and human communities of northern New England. He is author of You Had a Job for Life (University Press of New England), published in 2018. The book is an oral history of the Groveton, NH paper mill that was shut down in 2007. He is currently writing Children of the Northern Forest, a book about the ecology, land-use history, and conservation politics of northern New England's forests and timber-based communities. He lives in Stratford, NH. 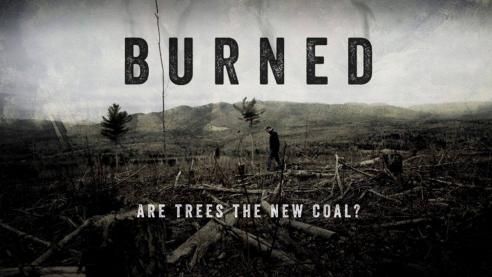