The City of Portsmouth has earned the Government Finance Officers Association (GFOA) Triple Crown Medallion for winning all three awards possible for exceptional financial reporting. According to the GFOA, “The special Triple Crown medallion recognizes that the City of Portsmouth received the Certificate of Achievement for Excellence in Financial Reporting Award, the Distinguished Budget Presentation Award and the popular Annual Financial Reporting (PAFR) Award.” The GFOA is a professional organization of public officials united to enhance and promote the professional management of governmental financial resources by identifying, developing and advancing fiscal strategies, policies and practices for the public benefit. Portsmouth is the only municipality in New Hampshire to receive the Triple Crown Medallion and one of just four municipalities in New England to have done so.

The GFOA awarded the Certificate of Achievement for Excellence in Financial Reporting for the Comprehensive Annual Financial Report for the year-ended June 30, 2020. This marks the City’s 28th time receiving this award. The Comprehensive Annual Financial Report is an audited comprehensive financial statement that details the financial health of the City. In making the award, GFOA noted, “The Certificate of Achievement is the highest form of recognition in governmental accounting and financial reporting. Its attainment represents a significant accomplishment by a government and its management.”

The GFOA also recognized the City for Outstanding Achievement in Popular Annual Financial Reporting for the Popular Annual Financial Report (PAFR) for the year ended June 30, 2020. This is the fourth time Portsmouth has received this award. The PAFR is a summarized report prepared specifically to help the average citizen better understand the City’s audited financial statements. The GFOA particularly noted the Finance Department’s narrative style in helping the community navigate the City’s financial and organizational operations.

“It is always an honor to receive the GFOA awards, year after year; and it is gratifying that the Finance Department team is recognized for their hard work and diligence,” said Belanger. “Receiving all three awards and the Triple Crown medallion is especially rewarding because it means that the City’s financial reporting is successful on all levels. The awards mean we are upholding the highest standards among government finance officials across the country as well as providing useful information to the local community.”

“I congratulate Finance Director Belanger and the Finance Department for earning the GFOA Triple Crown medallion for their financial reporting,” said City Manager Karen Conard. “Winning all three awards underscores how important it is to all of us to keep our taxpayers informed about the City’s finances in a clear, factual, transparent and professional manner. Receiving this recognition from outside government finance peers who are comparing Portsmouth to municipalities nationwide, is a measure of the reputation the City has for careful financial management. I continue to be honored to be part of that proven process.” 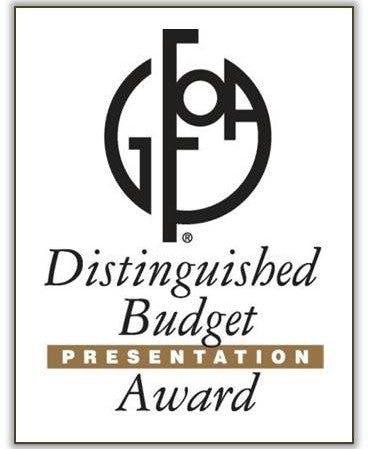