Developers and future tenants of eligible redevelopment projects in the West End may now be able to take advantage of the business tax benefits available through the State’s Economic Revitalization Zone Tax Credit Program. The City of Portsmouth recently received approval from the State Department of Resources and Economic Development for designation of an Economic Revitalization Zone (ERZ) Tax Zone in the City’s West End in the area around the former City Public Works Facility site and the former Frank Jones Brewery site.

The ERZ program is an economic development incentive for creation of new jobs and expansion of the tax base. Businesses may be eligible for tax credits to be used against Business Profit Tax and Business Enterprise Tax for projects in a qualifying Economic Revitalization Zone. To qualify for the credits, a project must expand the commercial or industrial base of the state, create jobs in the state and meet one of the following criteria:

The proposed West End ERZ is located one mile west of downtown Portsmouth along the Islington Street corridor.  It includes a portion of the City that underwent industrialization in the 1840’s. In applying for the ERZ designation, the City’s Economic Development Commission cited the goals of expanding the commercial tax base and creating new employment opportunities by attracting commercial/professional uses to the area within the area bounded by Albany, Chevrolet, Islington Streets and the perimeter of Plaza 800. According to Nancy Carmer, the City’s Economic Development Manager, “this area was once populated by warehouses, industrial and commercial buildings and has the potential for additional development by adding second stories or being redeveloped as outlined in the City’s Master Plan.”

The new ERZ approval expands the number of Portsmouth Economic Revitalization Zones to six, with the other zones being the High Liner Avenue, Pease International Tradeport, Portsmouth Business Park (formerly Commerce Way), Heritage-Constitution Industrial Park and a portion of Downtown. More information on the ERZ program can be found at: https://www.nheconomy.com/move/incentives-and-tax-credits/revitalization-zone  and at http://cityofportsmouth.com/economic/economic-revitalization-zones-erz or by calling 603-610-7220. 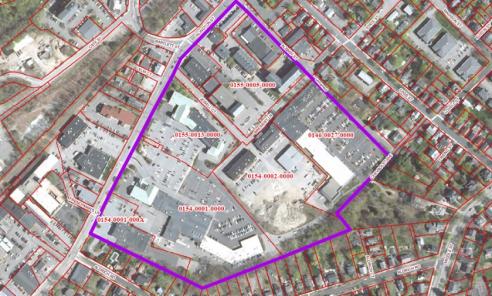