Recently, the Public Works and Community Development Departments installed several new historic markers as part of an ongoing initiative to reproduce historic markers once scattered throughout the downtown and South End. The original markers were installed as part of a project sponsored by Strawbery Banke, the City of Portsmouth, and a civic group then known as the South End Association. At that time, the project (completed in 1977) resulted in the installation of approximately 40 markers covering a variety of topics from the City’s history.

According to City Manager John Bohenko, the markers will help insure the City’s history is accessible. “The attractiveness and placement of the new markers will ensure residents and visitors have the opportunity to learn more about their historic surroundings as they explore our City on foot.”

Funding for this project was provided through the Capital Improvement Program and coordinated by the Community Development Department. The City worked with local graphic designer Susan Hamilton of Phineas to provide layout and digital file services. Content for the markers was authored and edited by local volunteer Richard Adams, historian Richard Candee, and community volunteer Stephanie Seacord in cooperation with the City. David Moore, Assistant City Manager, coordinated the project for the City.

According to Moore, the intent is to standardize these markers so they are identifiable as being City-sponsored and are consistent in format, durability and quality.

The historic markers can also be accessed via the City’s website.

Residents can find the newly installed markers in the following locations: 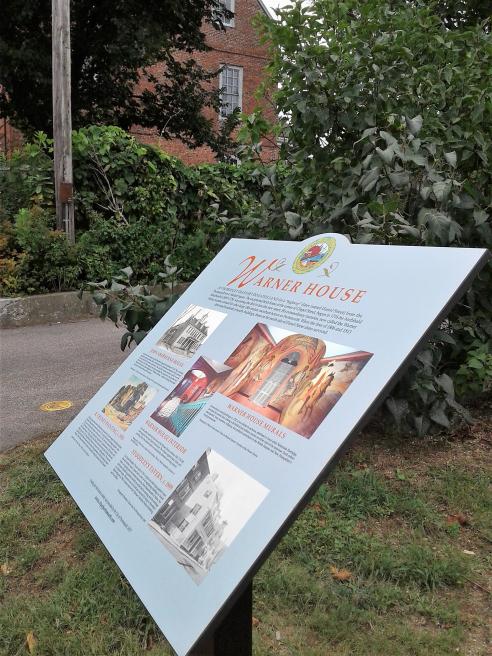