Since 2017, the City of Portsmouth has worked with the US Government General Services Administration (GSA) to acquire the 107,000 sf. McIntyre Building and its 2.1 acre site in downtown Portsmouth through the Historic Surplus Property Program. That GSA invitation to the City to pursue the acquisition marked the culmination of Phase One of the City’s efforts which began in 2004. In a recent call with the City, the GSA indicated that they are supportive of whatever time the City needs going forward.

“This extension gives us time and allows for a robust public process,” said Councilor Peter Whelan, chair of the McIntyre Subcommittee.

The GSA is the ultimate decision maker when it comes to the fate of the McIntyre Building. The history of the project goes back nearly two decades. In 2003, the GSA proposed a major renovation of the building and then decided instead to acquire land at Pease for the relocation of the Federal offices in the McIntyre. By summer 2016, the GSA made a determination that their space needs had changed dramatically and began to search for leasable space for its remaining tenants, and began its disposal process to transfer ownership of the McIntyre property. This process, determined by federal regulations, involved offering the property to public entities before offering it for sale on the private market. The City responded with a letter of interest in January 2017, and the GSA invited the City to submit an application through the Historic Property Surplus Program to obtain the property. The guidelines to this program allow the City to acquire the site at no cost, provided that the historic character of the property be preserved, and directs that any income-producing activity on the site be allowed to return a “reasonable profit,” but that all excess proceeds be returned to the City for historic preservation, open space, and recreational uses.

In announcing the survey, the Subcommittee said, “The City Council and Redgate/Kane have agreed to work together on considering changes to the proposed plan in the best interests of all residents. The McIntyre Subcommittee has been working with our development partner to explore possible changes to this major project. Both parties have agreed to put all litigation on hold as we work together in this effort. We are exploring providing more public open space, along with several other key points which have been identified in the process. The McIntyre Subcommittee and the principals of Redgate/Kane have been meeting weekly over the past months seeking to resolve our differences and move the project forward.”

To clarify on the first question, survey participants should note their ranking of priorities with “1” meaning most preferable and “5” meaning least preferable, using each number only once. There are survey questions on both sides of the sheet.

Residents are asked to return the completed surveys as soon as possible by mail – or by dropping them in the grey box outside City Hall (where no postage is required). For information on the McIntyre Project, visit https://www.cityofportsmouth.com/mcintyre-project. 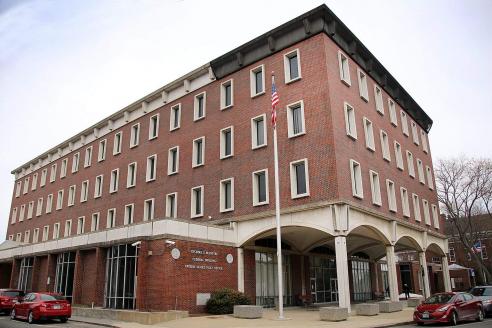