The City of Portsmouth Recreation Department and Department of Public Works have worked together with local resident skateboarders to make modifications and upgrades to the Greenleaf Skate Park located at 195 Greenleaf Avenue. The park has now reopened.

As the City continues to work on the creation of a new skate park, as directed by the City Council, the existing park is being updated to fill a void in available public skateboarding space that developed with the recent closure of Rye Airfield Indoor Skate Park. The upgrades and paving have incorporated a new skating design and important safety updates to the original design that was built over 20 years ago.

“We really hope these changes, recommended by the skating community, will breathe some new life back into this park,” said Recreation Director Todd Henley. “Although the upgrades are minor, we hope they will help transition the City to the new skate park in the near future.”

The Recreation Department plans to host some “Intro to Skateboarding” clinics in June at the updated park. 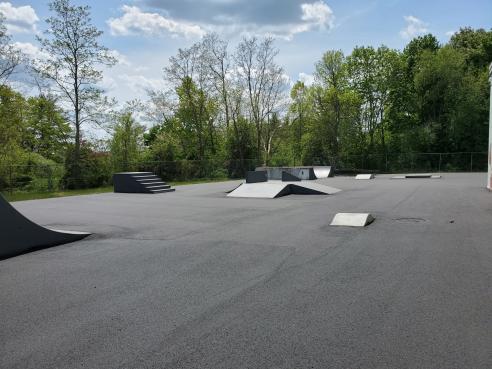