City Manager Karen Conard is pleased to announce the promotion of Peter L. Britz to City Planning and Sustainability Director, effective January 3, 2023. He is currently Assistant Director, Environmental Planner and Sustainability Coordinator, and previously served as Interim Planning Director from September to December 2021.

“I am delighted to announce that Peter Britz has agreed to serve as Director and to ensure the Planning Department experiences a seamless transition,” said City Manager Karen Conard. “I deeply appreciate the efforts Peter made as Interim Acting City Planning Director to fulfill the responsibilities of the post while managing his own as Environmental Planner and Sustainability Coordinator and know that he continues to bring a wealth of institutional knowledge and experience to the Planning Department. Peter has worked to ensure that the City stewards our natural resources and has helped the public understand the balances required to keep our environment safe and our commitment to being an Eco-Municipality secure. I know that under his leadership, the Department will continue to address the goals of the current Master Plan, the Open Space Plan, the work to complete the Climate Action Plan and the Master Plan effort coming up in 2025, along with the adaptations we need to make to recognize the threat of sea level rise in this historic port city. Peter’s first request for consideration was to rename the Department to accurately reflect the work of his team and the City as a whole moving forward.  Effective immediately, the Department will be known as Planning and Sustainability.”

Peter Britz joined the Portsmouth Planning Department in 2000 as Environmental Planner for the City, having served as an environmental consultant working in NH and Massachusetts. In 2008, with sustainability efforts becoming a priority for the city, he was named Sustainability Coordinator. In that role, his responsibilities have included serving as Planning Department liaison to the Blue Ribbon Committee on Sustainable Practices, which is dedicated to improving residents’ awareness of initiatives the City pursues as an Eco-Municipality. He is recognized by his colleagues regionally and nationally as the voice of sustainability for the Seacoast of New Hampshire.

From 1996 to 1999, he worked for Fishman Environmental Services in Portland, Oregon, as a coastal and natural resource planner. He holds a master’s degree in marine affairs from the University of Washington and a BA from Middlebury College in Vermont. 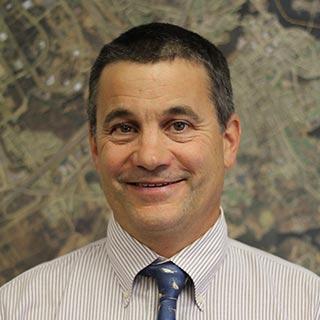